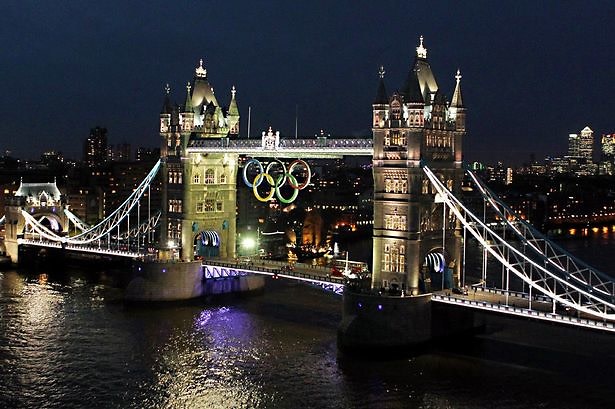 When the Olympic Flame enters the Stadium and inevitably lights the Cauldron, the Games will officially be underway. The ceremony will provide an opportunity for the host nation, Great Britain, to captivate the world through a sequence of performances. Some details of the $42.3 million ceremony have been leaked so let's fill you in on all the details you need to know for tonight.

The worldwide broadcast of the Opening Ceremony will begin at 9pm, on Friday, July 27th. The Ceremony will take place in London's brand new Olympic Stadium. 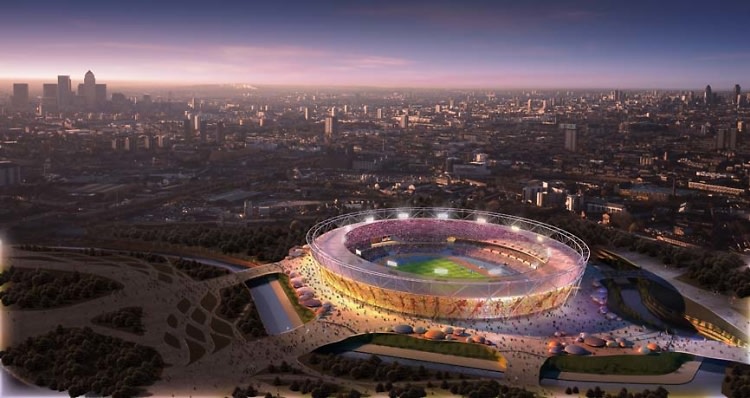 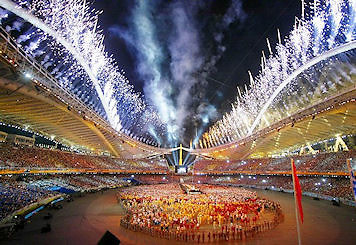 The 2012 Opening Ceremony will be called the "Isles of Wonder" and draws inspiration from Shakespeare's "The Tempest." Danny Boyle, the mastermind who gave us Slumdog Millionaire, will be the Artistic Director for the event, and will attempt to creatively convey British culture to the world. Danny said,

"Our Isles of Wonder salutes and celebrates the exuberant creativity of the British genius in an Opening Ceremony that we hope will be as unpredictable and inventive as the British people."

So far we Danny has already disclosed that there will be,

Real farm animals on meadows; plows and maypoles; an idyllic picture of England as the "green and pleasant land;" a dance number featuring nurses and a closing song by McCartney.

With over 4 billion prospective viewers, the show will literally be taking place on the world's biggest stage. A total cast of 15,000 performers will participate in the Opening and Closing Ceremonies this year.

The Ceremony will start with the sound of the largest harmonically tuned bell in Europe. For the opening scene, "Green and Pleasant," the stadium will be transformed into the British countryside, and live farmyard animals will be integrated into the performance.

Head of State: The President of the International Olympic Committee will greet the Head of State of the Host Country at the entrance of the stadium. This year, IOC President Jacques Rogge will receive Her Majesty The Queen during this segment. 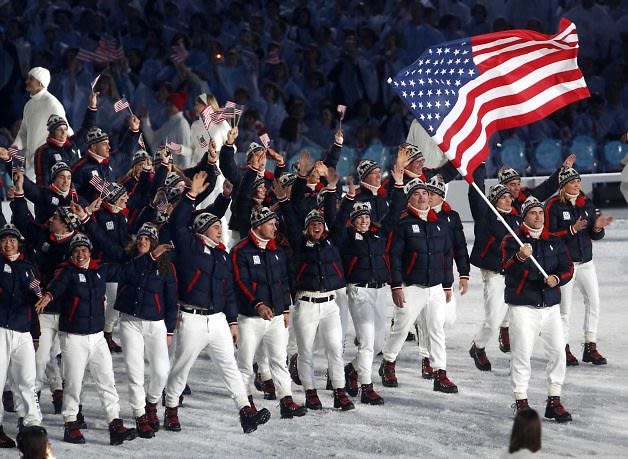 Parade of Athletes: The participating teams will enter the stadium one by one beginning with the Greek team. Following them, each nation will enter in alphabetical order before the host Great Britain team marches in last.

Speeches and Flag: The London Organizing Committee of the Olympic and Paralympic Games Chair Seb Coe will give a speech, followed by IOC President Jacques Rogge. The Queen will then declare the Games open. Following the speeches, the Olympic Flag will be carried into the stadium as the respective anthem is played. The flag will fly for the duration of the games.

Oaths: The Host Nation will elect an athlete, judge and coach to stand on the rostrum and take the Oath while holding the IOC flag in their left hand, and raising their right. The Oath will mark a vow to compete fairly and according the rules in their respective sports. 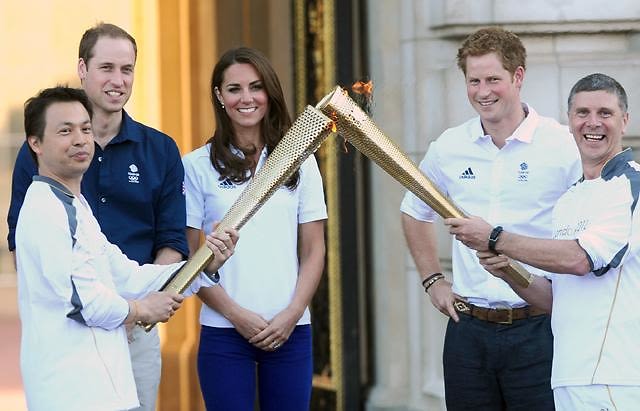 The Torch and Cauldron: The flame has always been symbolic of the Olympic Games. For the Opening Ceremony finale, the flame will enter the stadium, and be passed through the athletes to the final Torchbearer. The final torchbearer has yet to be announced but some names that have been mentioned are David Beckham, Steve Redgrave, Daley Thompson, or even a member of the royal family. When the Torchbearer ceremoniously lights the Cauldron, the games have officially begun. The flame burns until the Closing Ceremonies.

Tune in on NBC tonight!