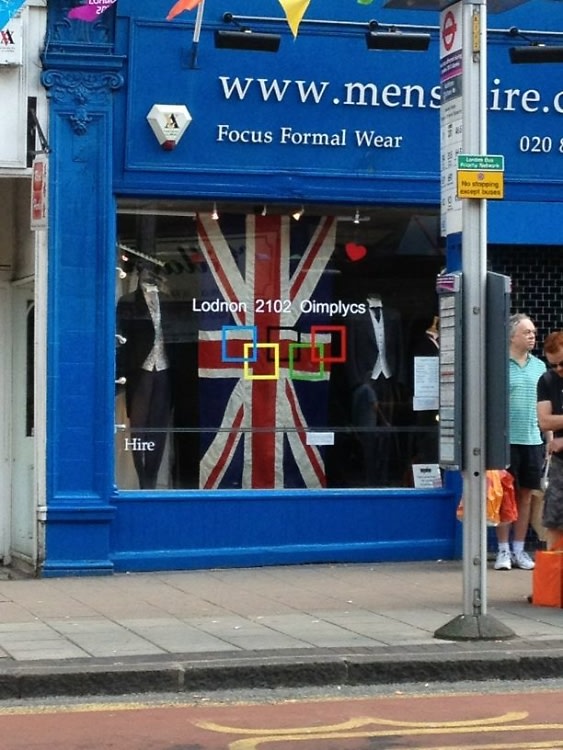 British Menswear store, Men's Hire has taken the Olympics as an opportunity to sell off as many suits as possible. They knew that the Olympics would drive hoards of tourist to their local boutique. They wanted to show their support but avoid the trademark fees required to authorize any Olympic signage. So, the store opted to create their own Olympic-esque window display. By intentionally misspelling a few words in their window display they have made a hysterical spin off of the original Olympic sign. For more information, go HERE! [Photo via]
1 of 7