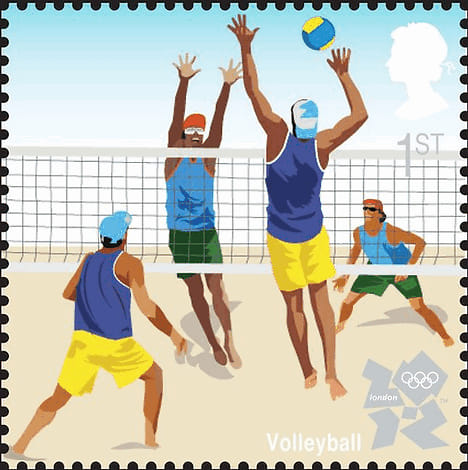 Although the world slowly quickly made the move to email, twitter, & an array of other social media sites to stay in contact, the traditional form of contact that facilitated the Age of Letters during the French Enlightenment, remains as a novel way to update family, and friends. As such, Royal Mail of the UK has issued a set of 10 wonderfully designed stamps in honor of the Olympics held in London. The collection, properly titled Get Ready For 2012, consists of images designed by different artists. Similar to the Persol Magnificent Obsessions Project, this collection is the 3rd set issued; with the 2009 and 2010 Olympics sets as it's predecessor. Tree Hugger remarks that

"It's not that easy commissioning stamps. Photographs of living people aren't allowed; only the Queen. Plus you have to match the right person with the right sport so that they can interpret it well. Then they all have to be images that would fit onto a small stamp-size piece of paper."

What's wonderful about these three sets is that between the 30 stamps issued, all sports in the Olympic and Paralympic Games are represented. To purchase, go HERE! [Photo via]
1 of 6