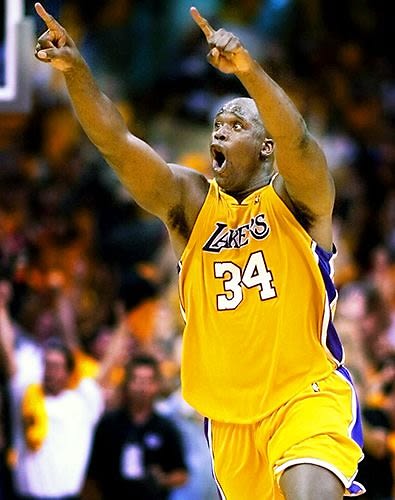 There are some celebrities that will always be tied to the skill or trait that made them famous. How famous would Eric Clapton be without his hands? What if J. Lo's ass was lost in a freak airplane seat accident? But then there are also celebrities for whom their initial talent was only part of the equation, people who will stay famous forever, no matter what they're doing. One of those people is a 7'1" friendly giant, one of the most dominant big men of all time, and a guy who left a pretty strong impression here in Los Angeles. If you thought Shaquille O'Neal was going to fade out of the spotlight just because he's not shattering backboards anymore, you clearly weren't paying attention.

But just because we're not saying goodbye to Shaq the entertainer, Shaq the rapper, Shaq the actor (if anything, this is going to give him more free time to act, so, yeah) or Shaq the human statue, that doesn't mean that his presence on the basketball court won't be severely missed (in fact, a Celtics fan might claim that his presence was already severely missed when he was on the team this year). So as we look back on the often amazing, always hilarious career of Shaquille O'Neal, let's celebrate some of the greatest moments in the Enshaqlopedia- so far. 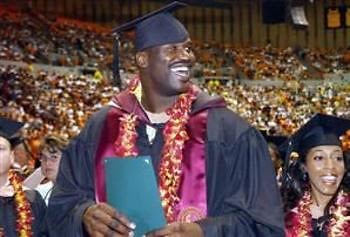 A lot gets made out of Shaq's classically misaligned philosophical musings, bursts of genius like:

"My game is like the Pythagorean theorem, there ain't no answer."

And while my basic memories of 7th grade trigonometry seem to suggest that there is an answer, and that it has something to do with a², b², and c², there's no denying that the guy who once referred to himself as 'The Big Aristotle' (quote, "I stole it off that Greek cat") had a pretty broad, if slightly off, frame of reference. Besides, give the Big Fella his props: although he left LSU a year early to enter the NBA, he fulfilled a promise to his mother and went back in 2000 (with Phil Jackson's permission) and graduated from college. He even got an MBA online at the University of Phoenix.

The Battle Of The Sexes 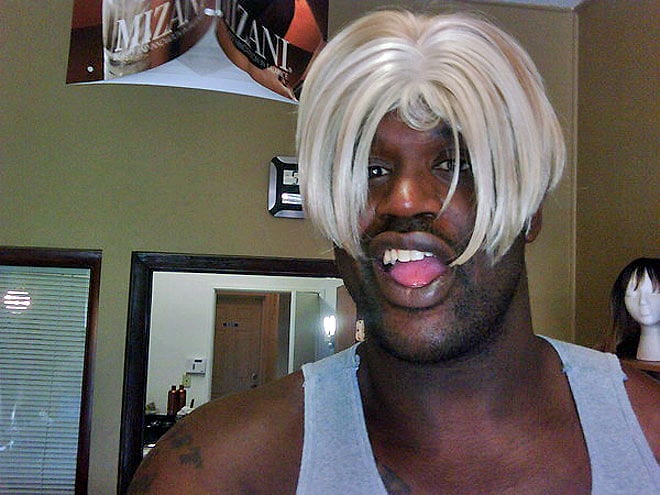 Ol' Shaq has either the most secure gender identity in the world, or possibly the most insecure. Either way, it produces wonderful quotes about his opponents, like coach George Karl:

"He looks like a woman coach sometimes. I guess he’s just trying to get into certain people’s heads, but it won’t work with me. Like a woman who coaches and cries all the time. He can’t get in my head. He’s a crybaby."

And yeah, it's a little sexist, but as the below video shows, Shaq's not above making fun of himself, either:

And he's also not above ruining my attraction to Beyonce, forever. 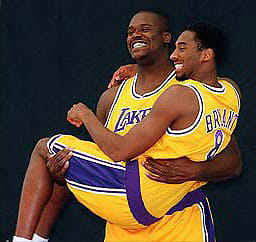 Here's where it gets really fun for us: from 1996-2004, L.A. residents didn't just get to enjoy the dominance of Shaq in his prime, they also got to watch his relationship with emerging superstar Kobe Bryant take every twist and turn of a Nicholas Sparks novel. Though reasonable people disagree over who plays the role of the terminal cancer in that scenario, what's undeniable is that it put a dramatic end to a pretty dominant Lakers squad. Now, rumors have always persisted that Shaq could never forgive Kobe for selling out Shaq's own infidelities during the depositions for his infamous rape trial, but whatever the cause, Shaq was clearly on a mission to prove himself over Kobe, a mission that led to a delightful culmination when Shaq's Heat won a title before Kobe's Lakers. Disappointed as Lakers fans may have been, it was hard not to crack a smile when Shaq took the stage for this freestyle rapping gem:

Ultimately, the two have mended fences, at least as far as you figure they ever will. But we'll always have "tell me how my ass taste." 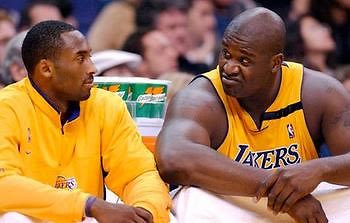 So yeah, I'm gonna miss the big guy, even if his last few years in the league made it relatively clear that now was the time to exit with image intact. I'm glad we didn't have to watch Shaq grind his way through three more increasingly unproductive seasons like so many older athletes (oh hi Brett Favre), growing more and more obstinate as the realities of aging butt up against their superstar egos. But we already know why Shaq didn't need to do that, at least not any more than he did at his post-Miami productivity levels. And it's because Shaq, more than anyone else, knows what an icon he is. And icons never limit themselves to just one career. So happy trails, basketball Shaq. We'll miss you, of course, but we get the feeling there's going to be a few other Shaqs around to keep us occupied.