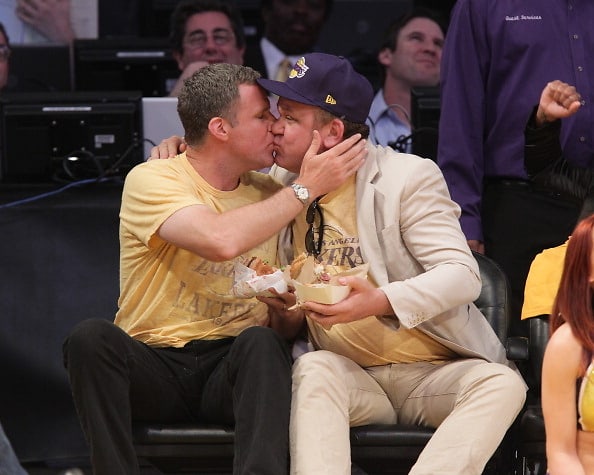 That aggressive moose knuckle (male camel toe, dur) in the photo above that John C. Reilly was sporting courtside wasn't nearly as hard to watch as the fourth quarter of the Lakers' tragic loss to the Mavericks last night in the Western Conference semifinals series opener. Alas, win or lose, Lakers games are always breeding grounds for budding celebrity bromances. Last night, Reilly and Will Ferrell proclaimed their bro-ffection for one another for all the world to see with this passionate embrace, and their's is just one of many a famous bromance that has burgeoned alongside the Lakers' home court. From Bieber to Jacko, courtside bromance knows no limits. It sees no color, age or receding hairline. Let's take a look at the some of the passion-filled celebrity bromances we've watched blossom at Lakers games through the years...

Okay, same couple as above but I just needed share another shot of these two. I mean, how cute?! 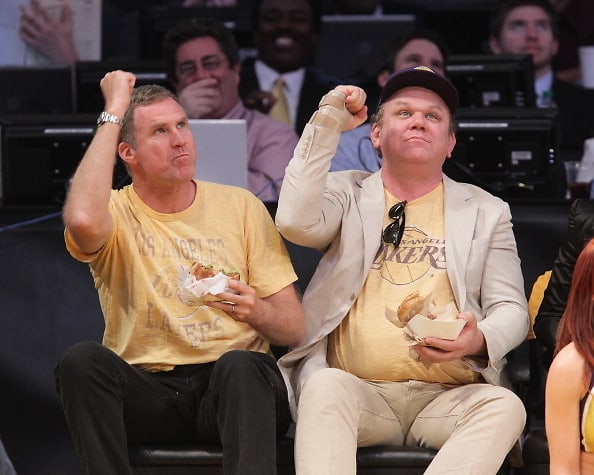 The planets must have been aligned or something because bro-love filled the air of the Staples Center last night... 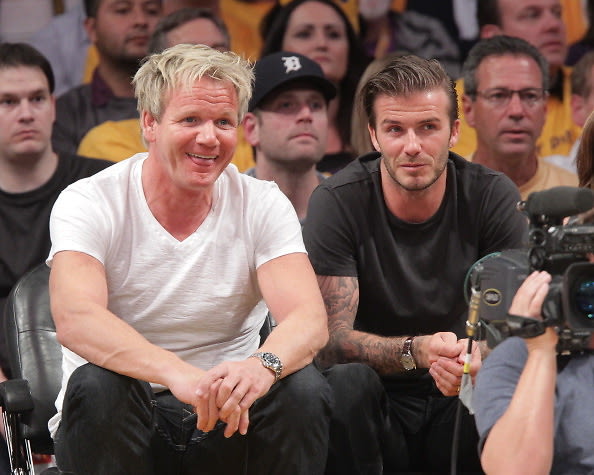 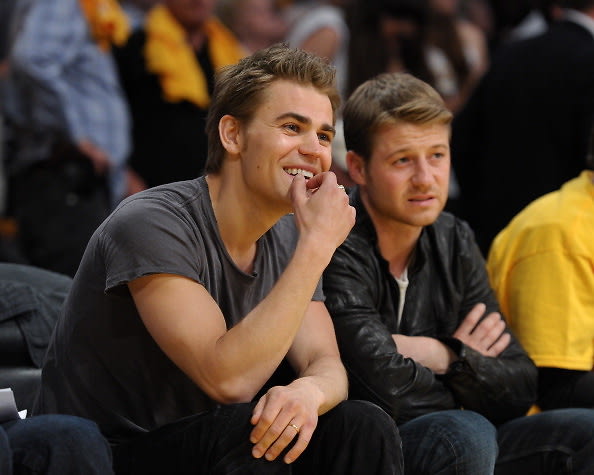 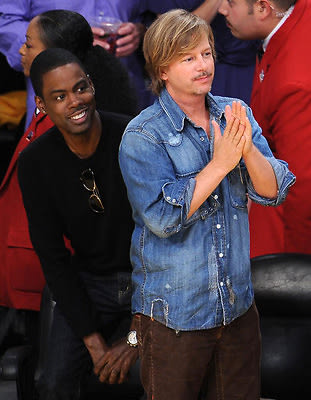 And what we have here is a classic bromance love triangle. Even though David has Chris Rock, he can't stand the sight of his other former SNL castmate, Adam, with Kevin and is trying to horn in on their moment. 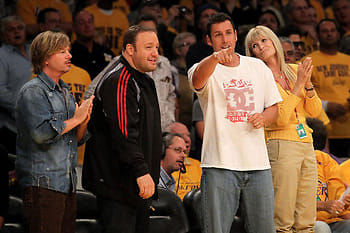 Another passionate embrace, this time between Jason Bateman and Dustin Hoffman from last year's Finals. Those two got really PDA about it and could not keep their hands off each other the whole game.

All we're saying is Shia is damn lucky Demi wasn't there to tell him how it is. She would've just clawed his eyes out with one swipe of her cougar paw. You know Ashton totally slept on the couch that night. 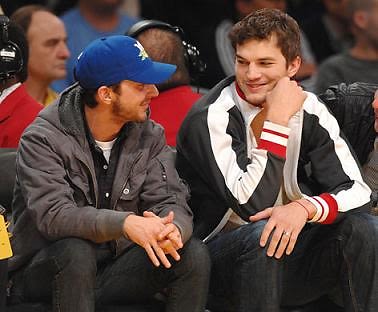 Leo is the Staples Center's courtside bicycle everybody's had a ride on. But if he invites you to a game, don't not go. Definitely go. You have to, are you a psycho?? Just know you've been targeted. This is his signature move and his way of laying the groundwork for getting it in. And as you can see, he has a prettyyyy prettyyyy prettyyyyyyy impressive roster. I'm kinda jealous, don't act like you're not too. 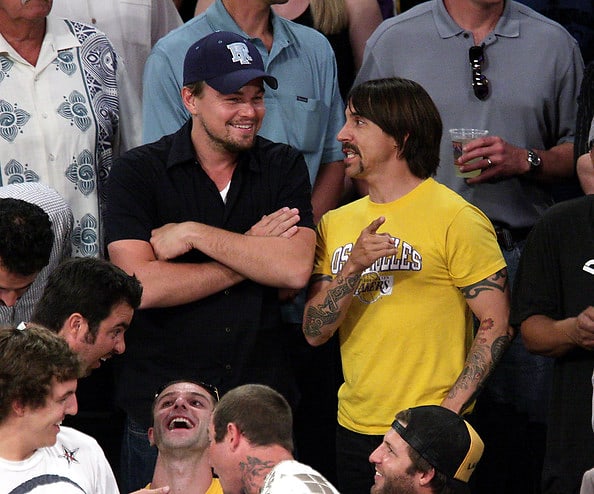 Leonardo DiCaprio, Anthony Kiedis May 2009 [via] 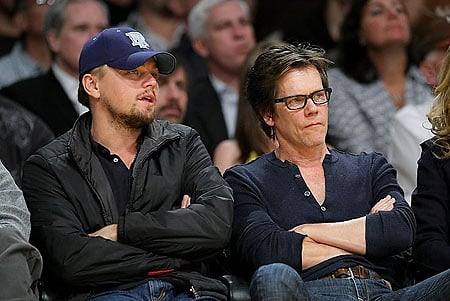 Leonardo DiCaprio, Kevin Bacon May 2009 [via]

I mean, he's getting real graphic about things and Kevin is just sitting there playing coy so he doesn't come off skanky. But you know he knows exactly what Leo is talking about. 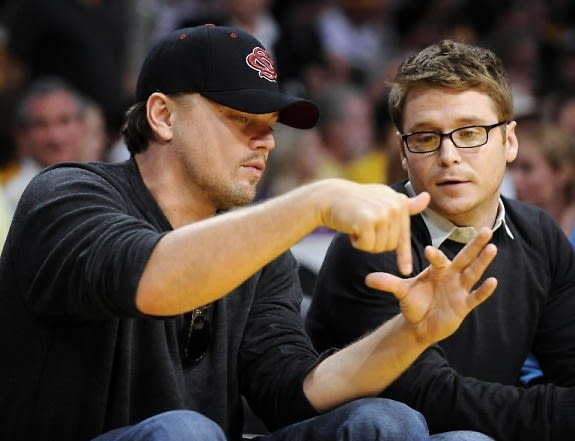 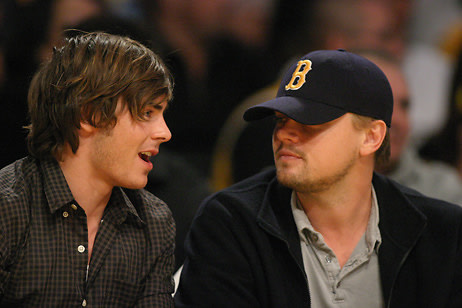 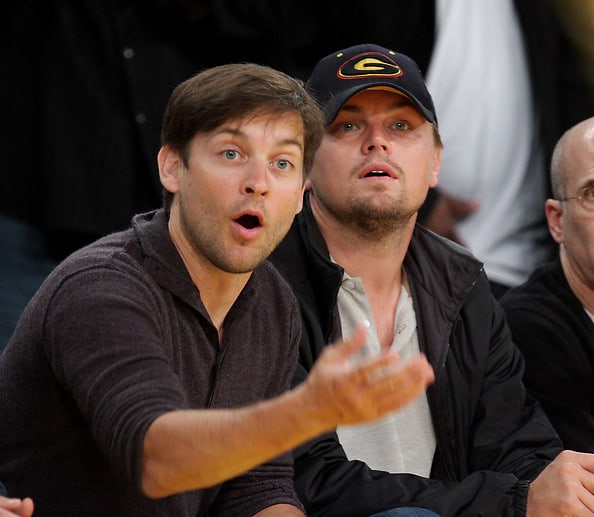 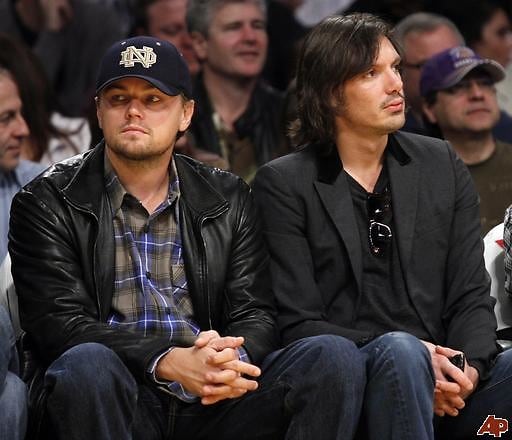 Oh and look who ended up together after they realized they'd both been had by Leo. It's adorable how happy these two are together. Maybe everything does happen for a reason? 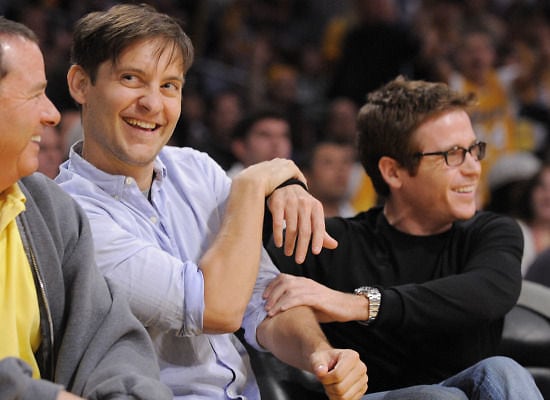 Young courtside bromancing. Jaden came down with a bad case of Bieber fever that night. 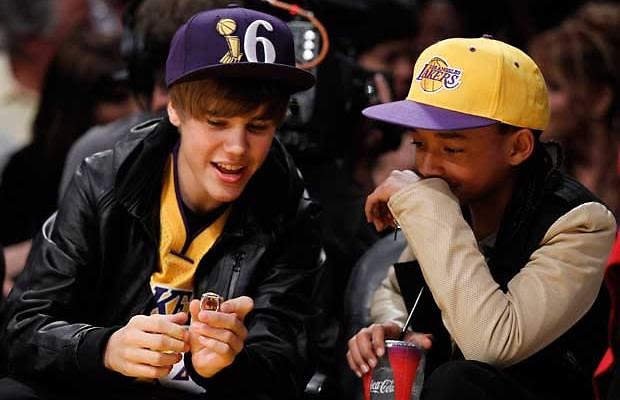 An usual pairing but I'm kind of into it... 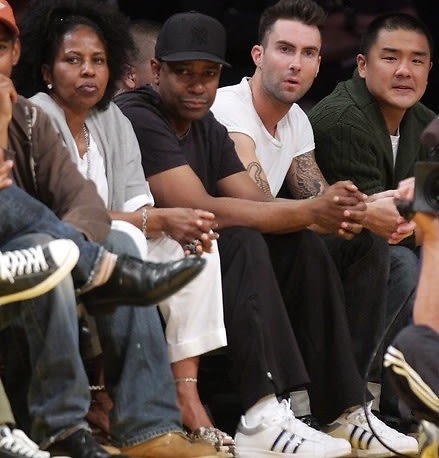 Denzel Washington, Adam Levine May 2009 [via]

Proof the east coast-west coast rap wars are behind us. 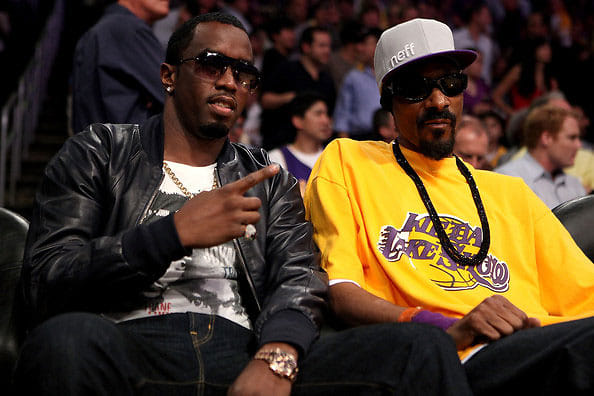 Jack and Lou are the original courtside bromance. Their love will last forever.