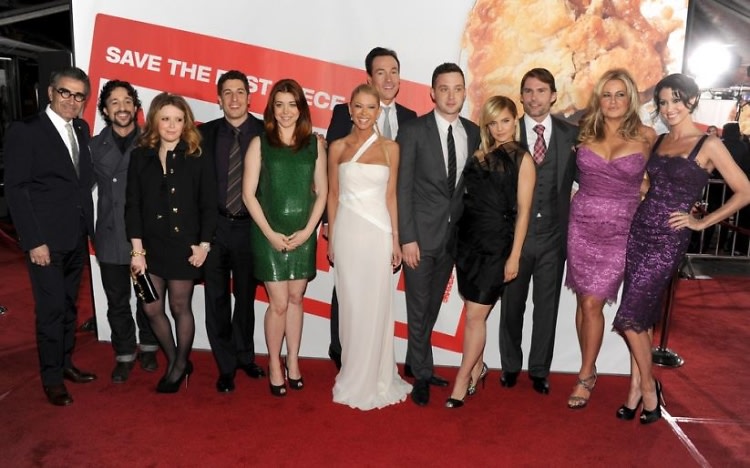 I could pretend that American Pie wasn't an incredibly important part of being 14 years old, but what would be the point of that? Aside from the obvious fact that the central conceit of the film (pathetic teenagers desperately trying to get laid) was also the central conceit of my life circa 1999, the movie was also hilarious, and a renewal of the 80's-style raunchy teen party/sex comedy as a viable medium. Last night, 13 years after Jason Biggs first penetrated an apple pie (on camera, anyway), the "class of '99" returned to Hollywood to celebrate their reunion, both in the 4th film of the franchise, and in real life. Let's celebrate them with some of our favorite quotes from the original.

[All photos via and via @moviedude18]