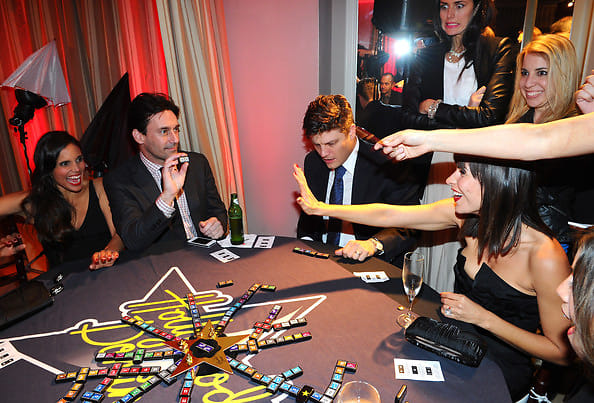 [Jon Hamm running the table at dominoes] The problem with all too many celebrity events is there's not really anything to actually do at most of them. Sure, the free booze flows like fake tears at a John Boehner speech, but when the event is sponsored by some awful pinecone-infused vodka, it's not all that appealing without an organized activity in which to tipsily engage. So why not have an event like the 5th Annual Hollywood Domino Gala, which went down last night at Sunset Tower, and give these poor, entertainment-starved celebs the chance to actually, y'know, do something fun? And seriously, who doesn't want to watch Jon Hamm play dominoes?