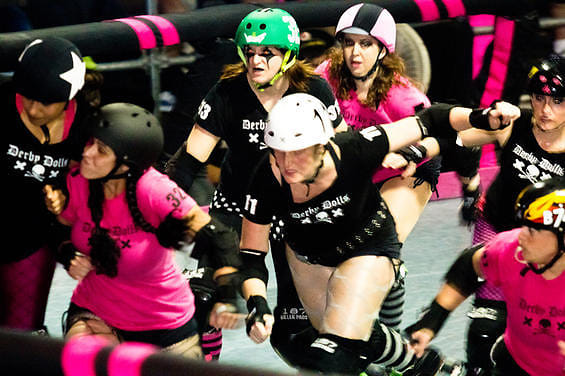 "Lisa, if the Bible has taught us nothing else—and it hasn't—it's that girls should stick to girls' sports, such as hot oil wrestling and foxy boxing and such and such." -Homer Simpson

Based on his Biblical principles, I wonder if Homer Simpson would approve* of the Derby Dolls and L.A.'s burgeoning roller derby scene. On the one hand, Derby Dolls is a women-only league. On the other hand, despite an abundance of fishnets and short shorts, there's nothing artificially "foxy" about it: if you skate into that ring, you'd better keep your head up, because these chicks are not messing around.