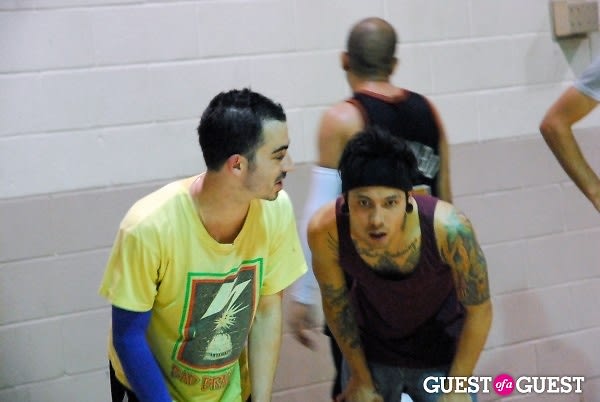 Whether we're lining the streets to cheer on a local legend or standing up against our hated rivals, L.A. has always been a sports town. And while you might think of the Coliseum, Staples, or even Anaheim (future home of the Sacramento Kings!) as the center of our sports universe, here's a different thought: Silver Lake. Wait, "skinny jeans" Silver Lake? "Williamsburg-west" Silver Lake?

That's right, the neighborhood with more irony per square foot than any other is now a burgeoning athletic mecca, thanks to that most ironic of sports: dodgeball. Let's pretend we know about the pioneers and titans of this great competition! 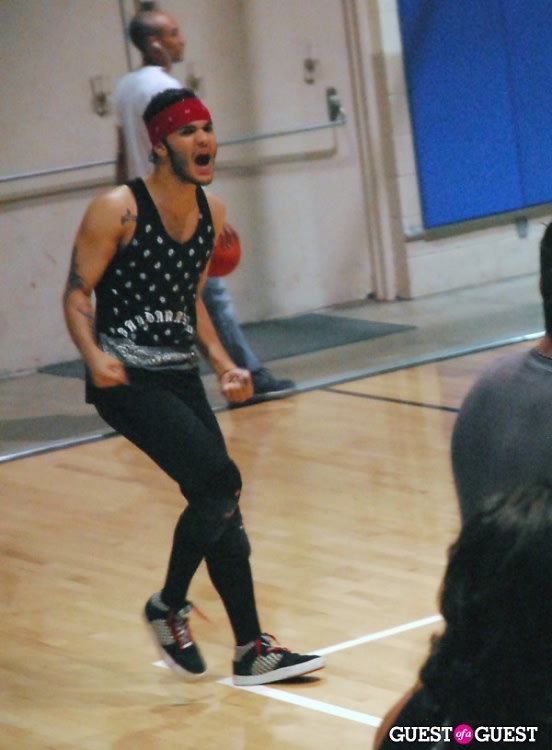 Inspired largely by Charlie Sheen's Rick "Wild Thing" Vaughn character from Major League, The MANdana is less a dodgeball player than a force of brutal, uncompromising nature. Driven into a state of perpetual rage by a traumatic childhood where he was often beaten with a red rubber ball, The MANdana has transformed his latent homicidal impulses into an unrelenting fury on the rec courts. In fact, he is such an effective killer that his biggest weakness is his tendency to continue to attack even after his team has won, leading to death and injury to several of his own teammates. However, given that he led the Bandanarama team to the Fall 2010 Championship (see below), a few tragic deaths seems a small price to pay. 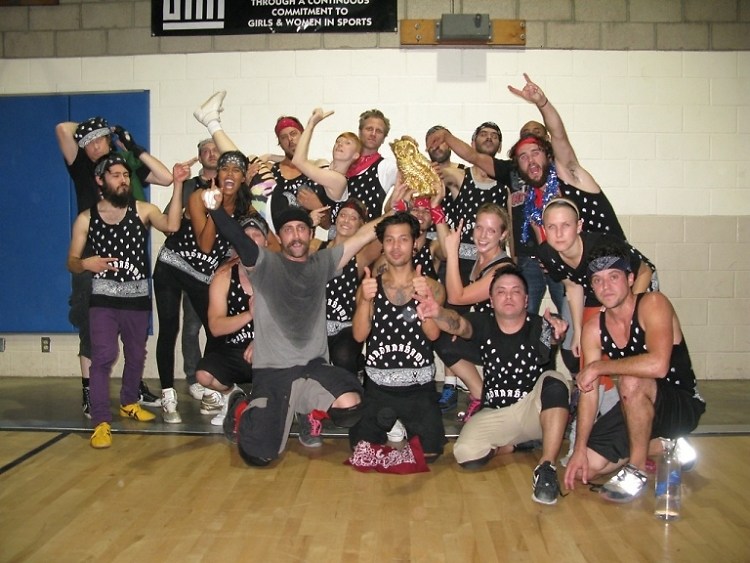 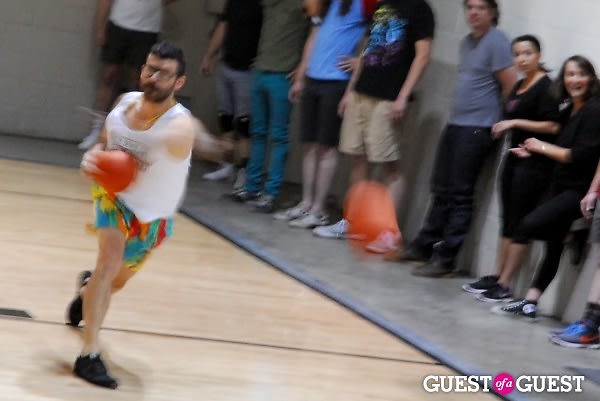 What, exactly, does the Rainbow Warrior look like? The question isn't as easy as it sounds, because the man just moves so damn fast that he cannot be accurately photographed. A renowned recluse, the Rainbow Warrior gives all of his interviews wearing a mask or similar disguise, making his most identifiable feature the pasty white thighs that emerge from underneath his signature tie-dye short shorts. And once you're close enough to have seen those, you've probably already been eliminated. 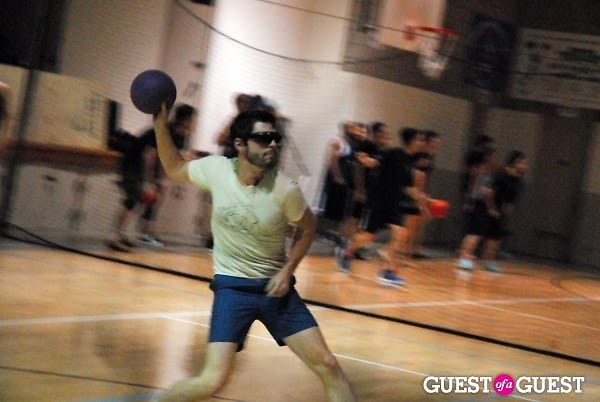 Despite the immensely competitive nature of Silver Lake's dodgeball league, this is still Silver Lake, and what could be more ironic than letting a blind guy onto the team? Blind Benny, God bless his heart, is really invested in the game. Unfortunately, as you can see in this photo, he's often facing in the entirely wrong direction. Every once in a while, in a blowout, one of his teammates can take the time to point him towards an opponent, leading to some self-esteem boosting garbage time points, but it may also be safe to say that he's a significant degree of improvement away from making his first all-star team.