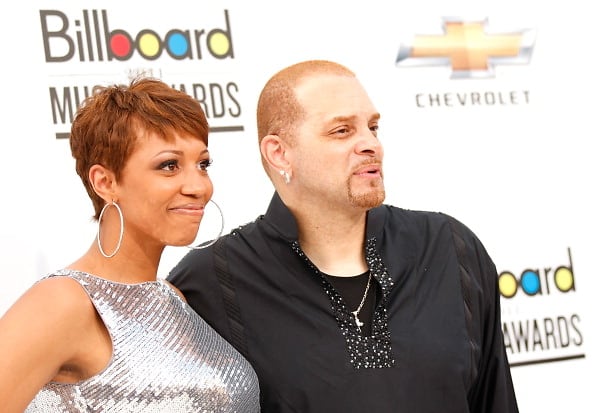 In case you were wondering where Sinbad was last night, don't worry. We have photographic evidence that he was in Las Vegas, attending the Billboard Music Awards (along with five of our lucky readers!). Yes, the BMA's were back for the first time in five years, which may be why they still think Sinbad is a celebrity. Even he doesn't seem to believe he was actually invited, which may explain the bling-y pirate blouse he's rocking. Of course, this being Vegas, there was no shortage of outfits presumably designed to make the transition from the Awards show directly to the clubs afterward—and miserably failing at both. 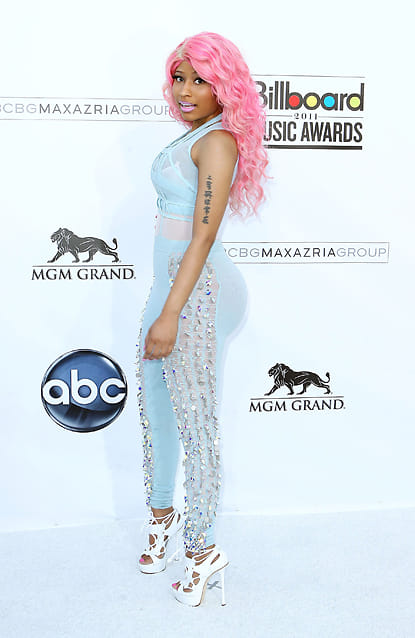 At this point, Nicki Minaj is like an old pro at defacing the red carpet. Yesterday, she apparently chose a baby-blue velour tracksuit that tells the world, "I have to go shopping at the Panorama City Walmart but I'd still like to display an inappropriate amount of skin." 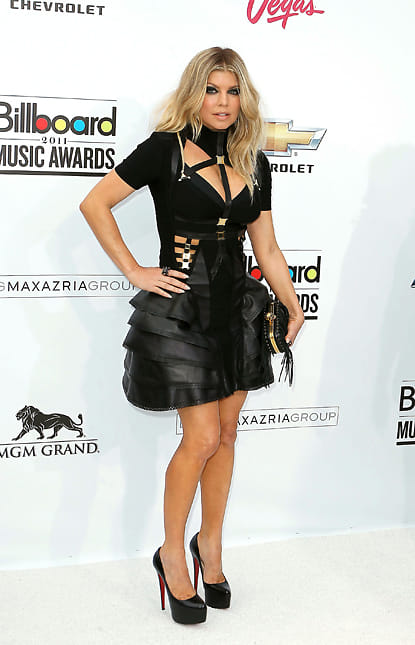 You know how in movies like Pretty Woman they portray prostitutes as these attractive, independent, street-smart women with hearts of gold, and then you see the HBO documentary about hookers in Atlantic City and they're terrifying, toothless crackheads that have seen and done the most vile, disgusting acts you could ever imagine and are now totally dead inside? Nice outfit, Fergie. 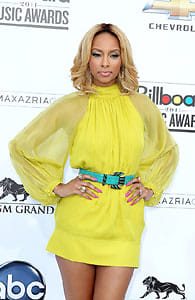 Some other style write-ups I've seen this morning praised Keri Hilson for her colorful ensemble, taking delight in calling her a "songbird." The only thing I can imagine is that these writers are parents who were writing up the Awards while watching "Sesame Street" with their children, because the only Bird that Keri looks like in this get-up is about six feet tall, extremely yellow, and sings to kids about traffic safety and friendship. 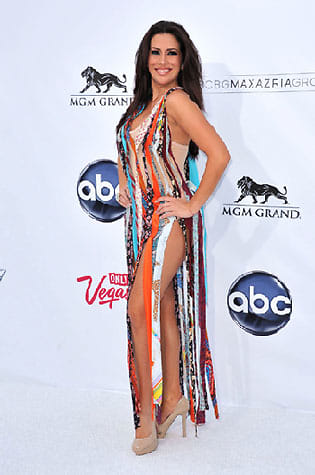 This is Nayer. She's a model, or something, and I guess is featured on a song by Pitbull, which somehow carries enough cache in this godforsaken industry that it allows you to walk a red carpet at the MGM Grand. To commemorate this shining occasion, Nayer has apparently chosen to whip up her own outfit out of men's neckties and curtain samples. If the whole Pitbull thing doesn't work out, she's got a bright future in sewing! 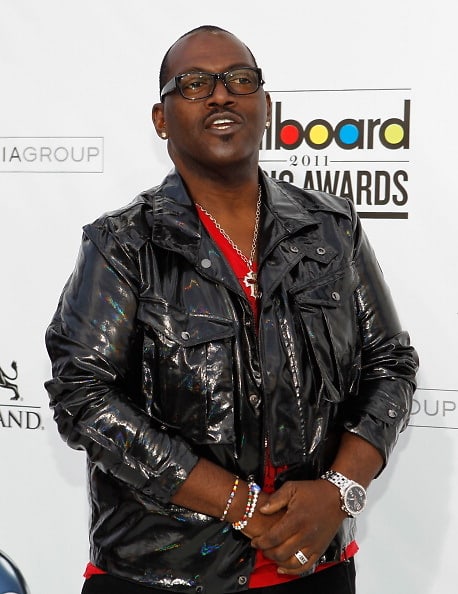 Randy Jackson has lost a lot of weight since he started on "American Idol", but based on this child-sized vinyl jacket he's attempting to wear, he thinks he's lost even more weight than he really has. If he insists on wearing clothes this size, he's going to have to ask Ryan Seacrest for an even tighter Lap-band for Christmas. 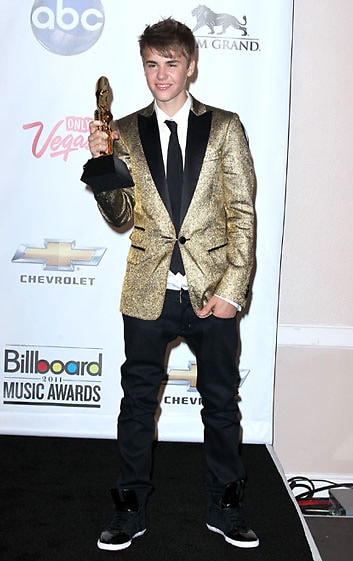 The Biebs is no fool. He knows this whole "worldwide arena tour" life can't last. That's why he's already preparing to launch the second half of his career as a Vegas lounge singer with this kick-ass gold tuxedo coat. Of course, you need a deep, croon-y voice to be a lounge singer, so here's hoping his balls drop at some point. And while we're on the subject, isn't Justin like 16 years old? Shouldn't he have hit puberty by now? At what age does that crystal-clear alto voice become a creepy liability? We're rooting for you, buddy!