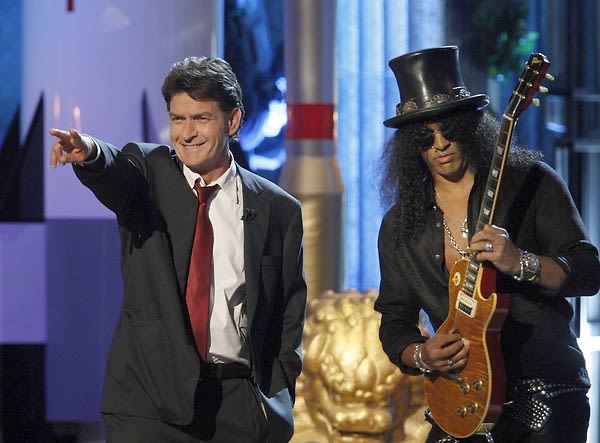 Though the most significant event of this past weekend was obvious, we also paid tribute to the indomitable American spirit by fully investing ourselves in America's greatest export: absurd pop culture. And what could be more absurd than the Comedy Central Roast of beloved crackhead warlock Charlie Sheen, which taped Saturday night? While the full special won't air until next Monday (going head-to-head with the Kutcheriffic season premiere of "Two And A Half Men"), we've already got the inside scoop on the funniest, most clever, or simply most brutal takedowns. Curious? 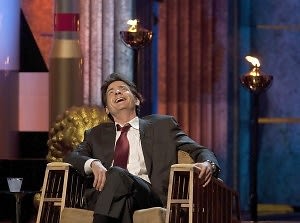 Like any good evening with Charlie (on or off-camera), there will be loud guitars (courtesy of Guns N'Roses legend Slash), blood ('Jackass' star Steve-O breaks his nose on-purpose by running into Mike Tyson's closed fist), and a full dose of obscenity. But don't take our word for it: here's 5 of the funniest, meanest, or most shocking jokes that you have to look forward to, as collected by EW's liveblog of the event:

1. "Charlie, you're just like Bruce Willis: you were big in the 80s, and now your old slot is being filled by Ashton Kutcher." -Amy Schumer

More of a Bruce Willis joke really, but still: ouch.

2. "You're the black sheep of a family that produced three Mighty Ducks movies." -Jeffery Ross

Compared to all the crack/hooker/Casey Anthony/etc. jokes that flew heavily, this one seems almost quaint. But then you think about D3, where the Ducks go to prep school and Joshua Jackson and the fat kid team score a 3-on-5 goal against the varsity team, and you realize just how withering of a takedown this is. 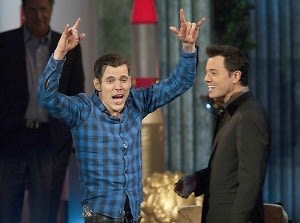 3. "Charlie still hasn't hit rock bottom. He's looking forward to it, though, because he thinks there's a rock there." -Steve-O

If anyone can tell this joke with authority, it's gotta be Steve-O, right? Though reportedly three years sober at this point, the man has consumed enough booze and blow to fell a Clydesdale (and now seems to have a boatload more perspective on his addictions than ol' Charlie). If it takes one to know one, these two might end up best friends.

4. "On 'Two And A Half Men' tonight, they're apparently having a funeral for Charlie's character. But there's no need to switch over; in two months, you can probably see the real thing." -Seth MacFarlane

But as anyone who's ever seen a roast before knows, the last spot is reserved for the target, who gets to blast back at those who have picked on him all night. And while Charlie got his fair share of revenge in (remember, before he was famous for being an absolute beavershit crazy train wreck, he was famous for being funny and talented), he saved his best line for a fairly cogent assessment of his own 'winning' persona: 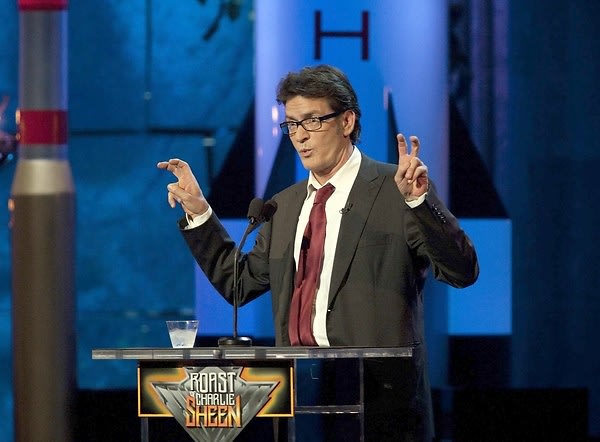 Love him, hate him, or couldn't care less: you've got to love that line.

For those interested in all the details, the full roast airs Monday, September 19th at 10/9c on Comedy Central.