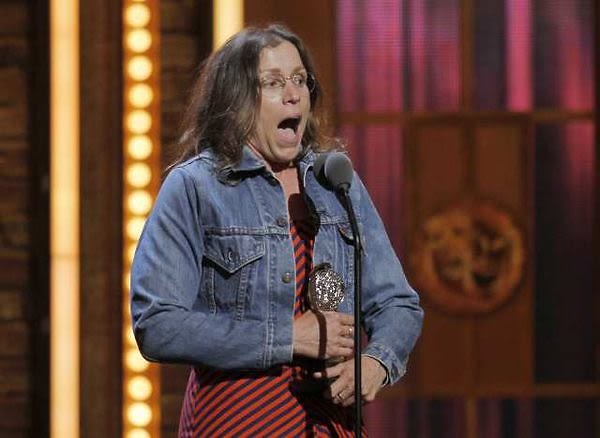 As you know, I've been doing a little armchair activism lately for gay-straight friendships. It is in this capacity that I'd like to inform you all that something called The Tony Awards happened Sunday night. Apparently, the Tonys are—get this—an entire awards show for live theatre! I know, right? But I guess people go to it, and that means people dress up for it. And that, in turn, means people make horrible mistakes dressing up. Shall we?

Before we get into the expensive dress bashing, however, let me state for the record that I have absolutely no problem whatsoever with Frances McDormand's above ensemble, which I understand she's taken some heat for. By showing up at the show (and winning) in an old, back-of-the-closet dress and jean jacket, no hairstyle, no makeup, Frances is rejecting the established rules and proving that she prefers to spend her Sundays like the rest of us—stoned! Good for you, Frances, you're halfway to an EGOT!

Now let's get to the disasters: 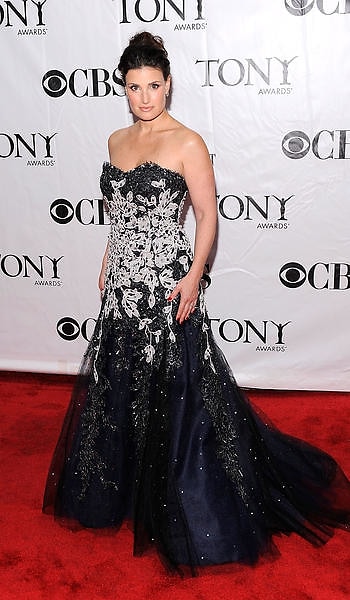 If I had been flipping channels on Sunday night and I saw Idina Menzel on the red carpet, I would have assumed that I was on HBO, watching one of the Game Of Thrones knights don their heavy battle armor. I don't know if she got death threats before the show or whatever, but I would think she must feel pretty safe in this bulletproof dress. 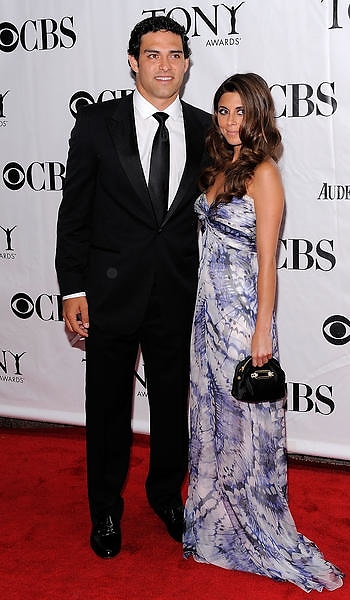 Honestly, I don't even hate Jamie-Lynn Sigler's tie-dyed dress, although the whole "Wavy Gravy" thing doesn't exactly move the needle, either. What I think is hilarious is that Mark Sanchez is basically used as an accessory here, same as a handbag. I'm a little surprised Mark wasn't busy watching the NBA Finals, but I guess it was past all of his other girlfriends' bedtimes (Sunday being a school night and all), so this was his only remaining option. 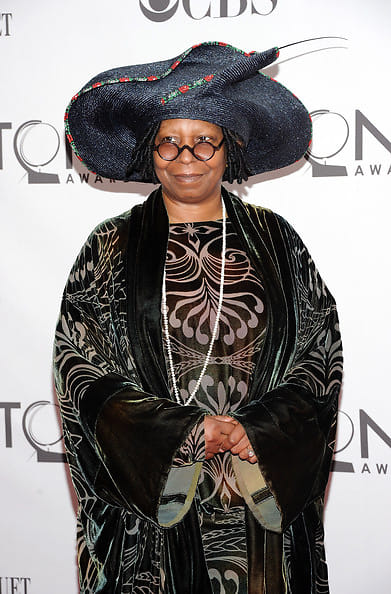 Whoopi Goldberg knows the spell you are asking about, but it is a very ancient and dangerous blood magick. She swore long ago never to use it again, but if you insist, she will open a portal to the other side for you. But once opened, such portals are nearly impossible to close. Are you sure you want to continue? 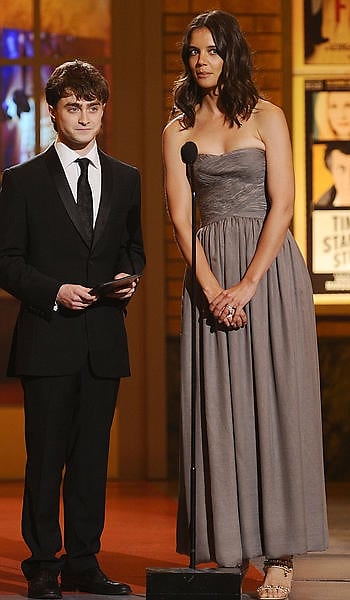 A lot of actresses want to look like Cindarella when they dress up for an awards show or gala event. Unlike Katie Holmes, however, most actresses want the dress she wore to the ball, not the dress she had to scrub her stepmother's floors in. Although I give her some extra credit for completely towering over a silently emasculated Harry Potter. Looks like Daniel Radcliffe could jump straight from HP to The Hobbit and not miss a beat. 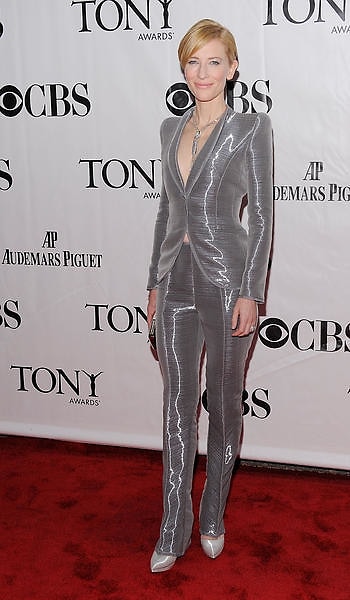 In a lot of the Best/Worst recaps I found while researching this, people tried to make excuses for Cate Blanchett's outfit, with stale non-compliments like "if anyone could have pulled this outfit off, it would have been Cate Blanchett." Yeah, okay, maybe, but since she didn't pull it off, is that really worth talking about? She looks like the Svedka robot.

[Top photo via, all other photos via]