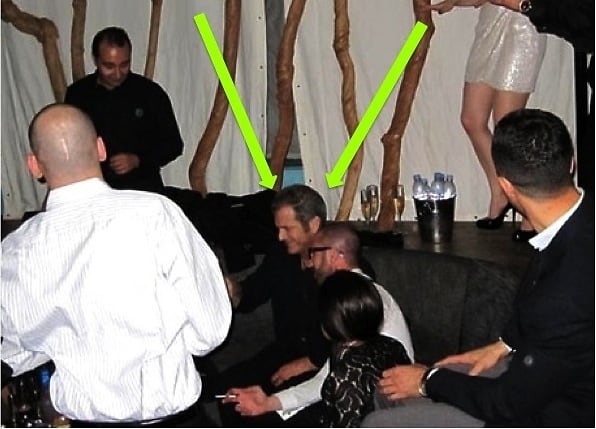 As previously reported, we were somewhat less than impressed to see photos emerge of social butterfly and legal-system enthusiast Mel Gibson getting down at The Colony on a Saturday night. For all of his many transgressions (a list that we'll include Signs on), we at least figured Mel knew enough about our fair city to represent himself passably as an Angeleno, focusing instead on giving Catholics, men, actors, and Australians a bad name. And yet, here we are, looking at Braveheart himself, partying like an accountant from Dallas that's here through Tuesday. So Mel, as a group of Jews, females, and female Jews, please understand that we're not doing this for your benefit; nevertheless, here's a few other places you can go on Saturday night to spare the rest of us the embarrassment... 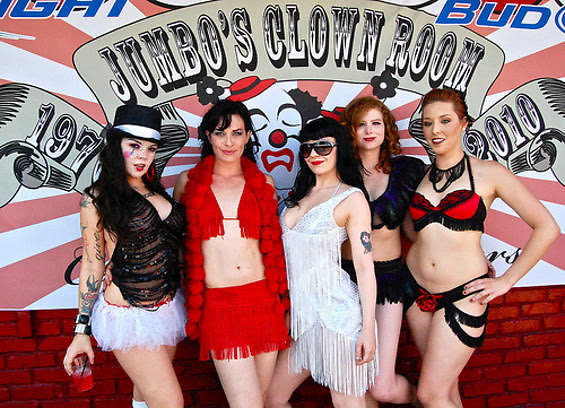 There's no wrong night to go to Jumbo's [warning: extremely obnoxious website]. Of course, there's also no right night to go to Jumbo's, but let's not let that drag us down at this point. The bottom line is, if you've ever been aroused at the circus, then you should, in some order, seek serious therapy, and then check out this clown-themed "strip" club. Since therapy is clearly no longer an option for Mel anyway, we suppose he can jump straight to the next step and lay down a $20 or two at Jumbo's. Full disclosure, Mel: the dancers don't get naked, even if you threaten them, so please don't. 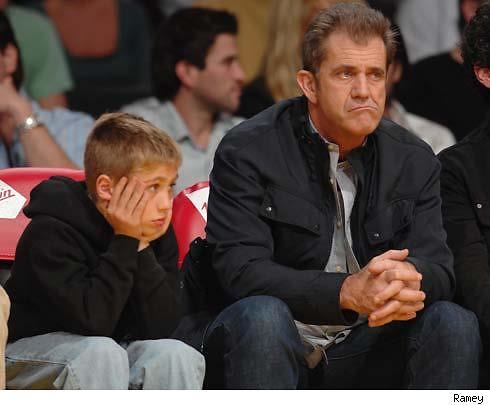 This year was supposed to be different for the Clip Show. With the emergence of Rookie Of The Year lock Blake Griffin and a young, athletic foundation, the Clips were supposed to finally break free of their history of extreme futility and contend. Of course, it's the Clippers, so instead of doing all that, they sucked again, and are already eliminated from playoff contention. The bright spot, however, is that this frees our buddy Mel up to attend! Clearly, a Lakers game, with all the people and television cameras, would be a bit too much attention for a scumbag who punched his wife while she was holding his baby. But Osama Bin Laden could probably sit courtside at a Clippers game and not get captured, so we figure Mel should be golden. Plus, Clippers owner Donald Sterling is just as terrible a human being as Mel, so they'll have something to talk about! Of course, the season's running down, so make it count, Mel- after this, your only chance to anonymously attend live sports will be the dogfights in Russell Crowe's basement. 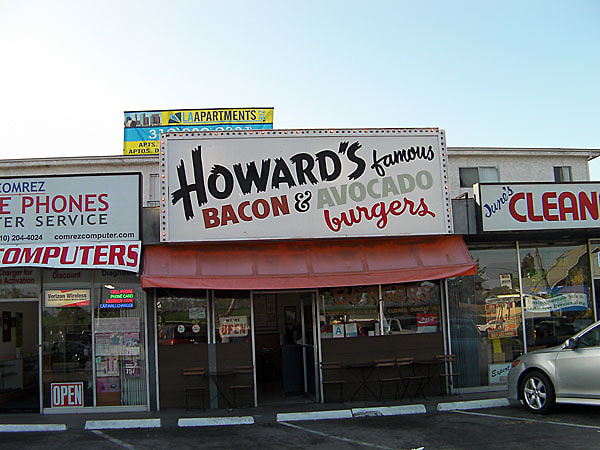 If we're trying to keep Mel out of trouble, one good approach would be to avoid the people he tends to antagonize. And what better way to avoid Jews than to go to a restaurant that specializes in bacon cheeseburgers? Of course, this will only apply to Jews who are actually religiously observant, which would eliminate me and pretty much all of the other Jews I know in L.A., but that's a nitpick. Let's grab a bacon burger together, Mel, and I can explain to you why your hatred of my people is so misguided (beyond the obvious point that we fund all of your movies and pay you and all that). We'll go down the street to Cinema Bar and throw back a High Life or two. Hell, if we get loaded enough, maybe I'll even put in a good word for you with the head of the Zionist Media Conspiracy. God knows your career could use it.