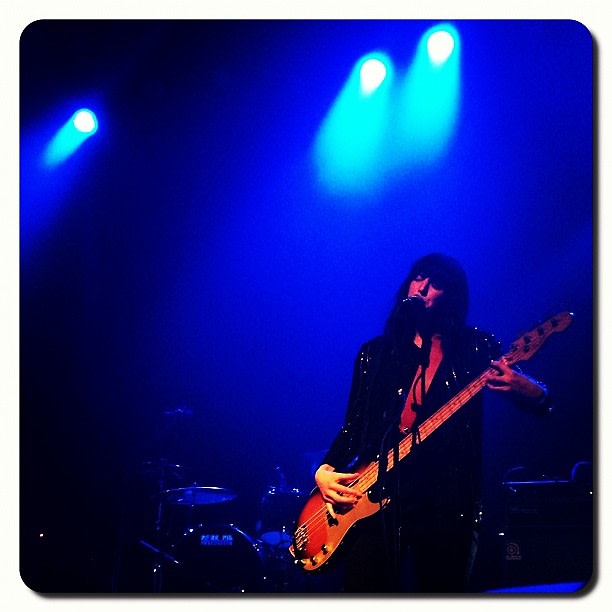 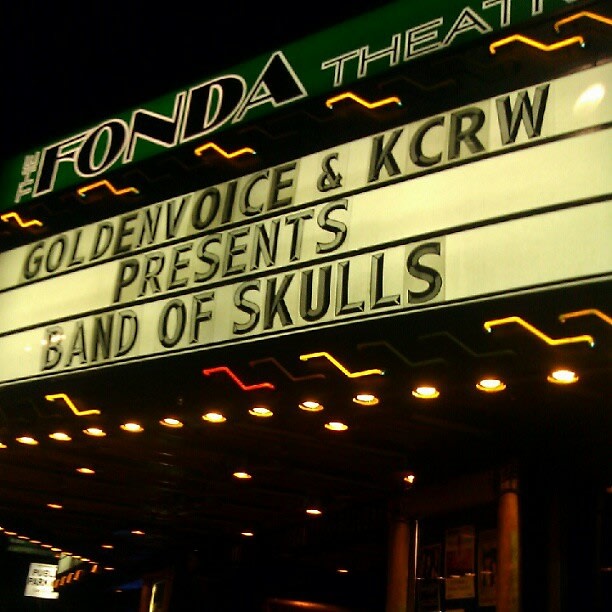 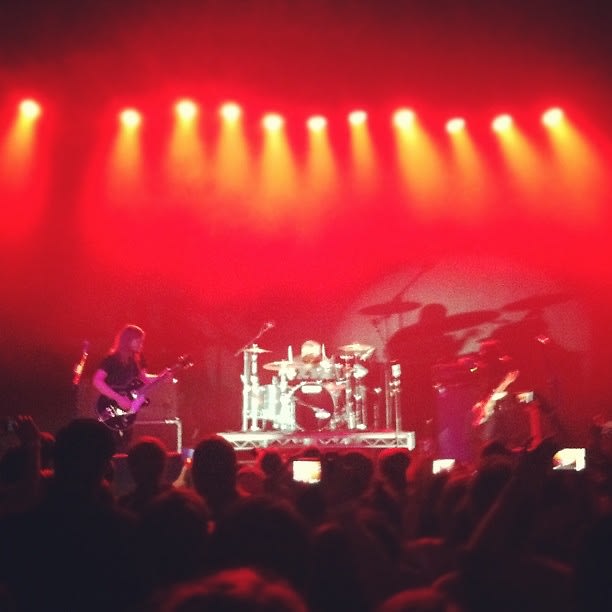 Less than a week after releasing the new video for "You're Not Pretty But You Got It Goin' On," (featuring dancing convicts), Band Of Skulls continued their tour across the United States in support of their sophomore album Sweet Sour as they brought an energetic, hard-rocking show to the Fonda Theatre last night. Presented by Goldenvoice and KCRW, this rising British power trio (they served as the supporting act when The Black Keys toured Europe earlier this year) showed Southern California how they do things back in Southampton.