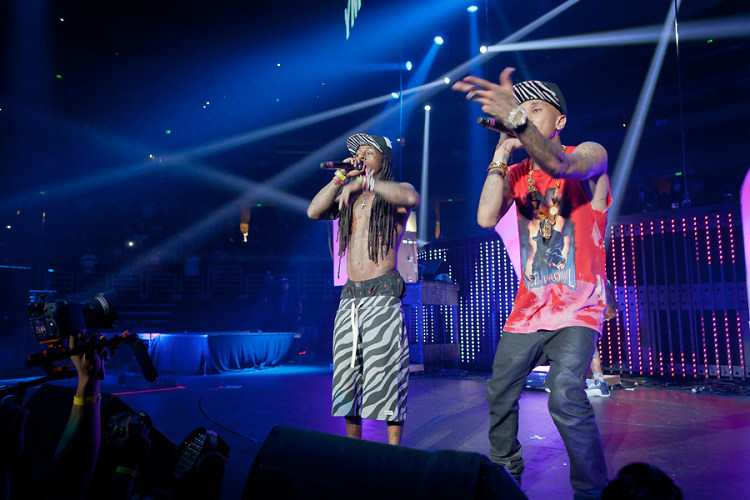 Lil Wayne, Tyga The thing is, Lil Wayne's surprise appearance and guest set as part of Tyga's set (including a "Rack City" collabo)  was supposed to be the buzzed about, headlining moment of the night. And nothing against Weezy, Tyga, or Weezy's Zubaz shorts, but in the end, they felt anticlimactic after The Doggfather had already left the stage. New Rule: whenever Snoop plays a show, Snoop headlines that show. Done and done.
10 of 11