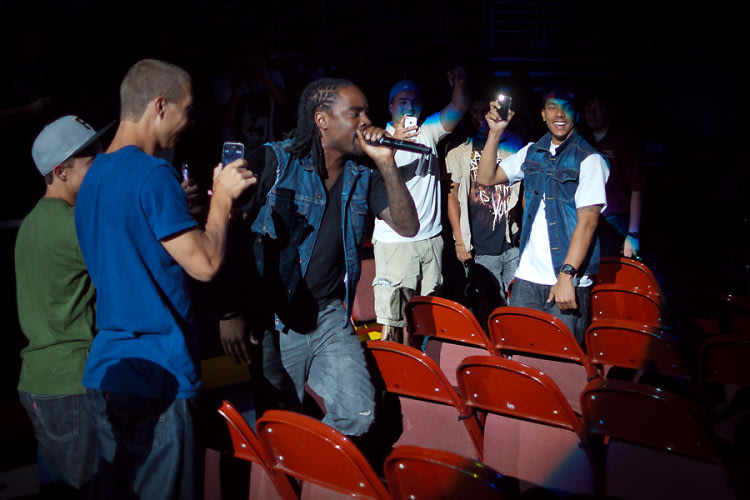 Wale Not to take anything away from Wale, who is a very good and entertaining rapper and once also released a "Seinfeld" themed mixtape, which I am, of course, very much in favor of, but the fact that he can make his way into the PowerHouse crowd and not immediately be torn to pieces by rabid fans means he has not yet reached Super Star status. You don't see Bieber out in the crowd, and the reason is that he would not survive. Or at least they'd seriously muss up his hair, which is kind of like the same thing.
4 of 11