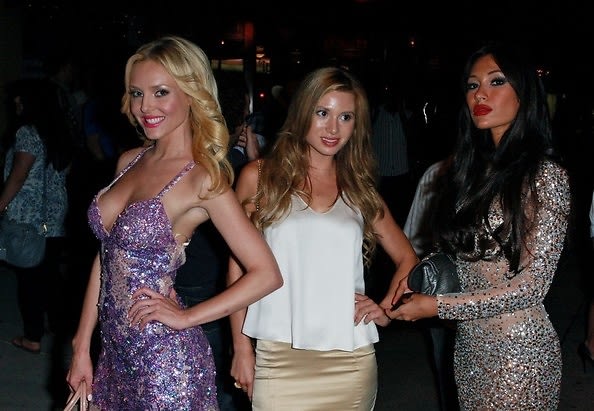 Are celebrities like change? In other words, if the biggest stars in the world like George Clooney and Ron Jeremy are dollar bills, and bankable but slightly less worldwide stars like Ryan Gosling or Mila Kunis are quarters or 50-cent pieces (for the sake of this argument, those still exist), can you equal their presence with enough pennies and nickels? This, apparently, is the theory behind Tuesday night's Samsung Galaxy Tab 10.1 Launch Party at The Beverly, which managed to assemble an impressive collection of "hey, it's that guy!" and "that chick from that one show." Let's dig deeper.

The Samsung Galaxy, I have since learned, is a mobile tablet. If you just read that and said, "oh, like an iPad," then I'm right there with you. In a way, doesn't the fact that this is a party for a bootleg iPad make it all seem more appropriate?