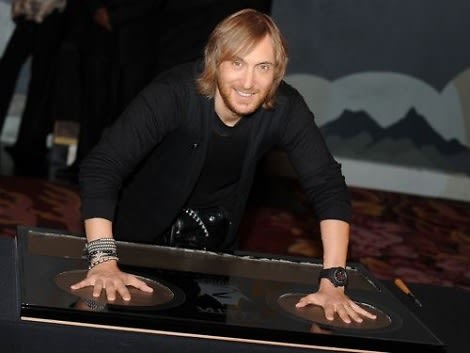 Fred Astaire. Humphrey Bogart. Clint Eastwood. Since 1927, when Sid Grauman opened his iconic Chinese Theatre on Hollywood Boulevard, the brightest stars of the movie industry have had their hand or footprints immortalized on concrete plots in the courtyard, a testament to their ongoing fame and talent. So if Grauman's was breaking with 84 years of "movie stars only" tradition to include a musician, you'd imagine the list of candidates would be impressive. Mick and Keith, maybe? Bob Dylan? Dr. Dre? Nah, how 'bout a French house DJ whose most famous song is called "Sexy Bitch"?