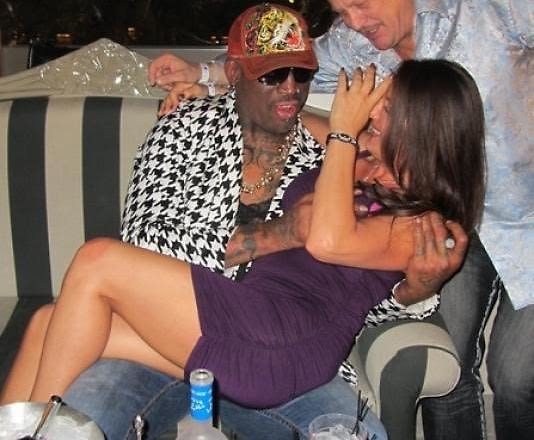 [Photo via] Playing on the same team as Michael Jordan, the greatest basketball player of all time, must give you some kind of a little-brother complex, which different people naturally deal with in different ways. But if Scottie Pippen was like the little brother who wanted to follow his overachieving big bro to Harvard, Dennis Rodman was the little brother who rebelled, popped on some eyeliner, and applied early decision to Sarah Lawrence. And based on the photos taken last night at his 50th birthday party at Chateau nightclub inside the Las Vegas Paris hotel, The Worm hasn't exactly changed in his old age. 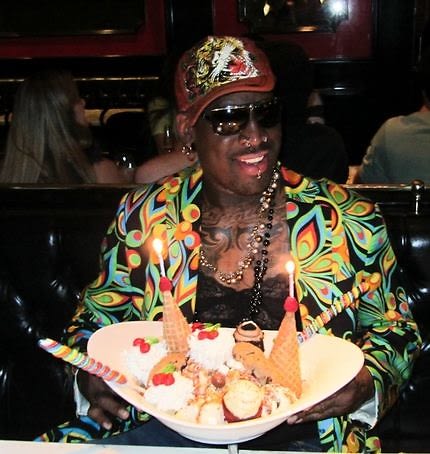 Meaning yes, that is a woman's lingerie top he's wearing in these pictures, surrounded by a range of colorful (women's?) jackets and rhinestone-studded trucker hats that would make Pauly D take a rare step back. All in all, Dennis' fashion is like some bizarro-universe combination of RuPaul and Jon Gosselin, but I can't really figure out if it's a desperate cry for help, or if he's just being as bad as he wanna be.

Let's assume it's the latter, so we don't have to feel guilty about making fun of the rest of these photos! 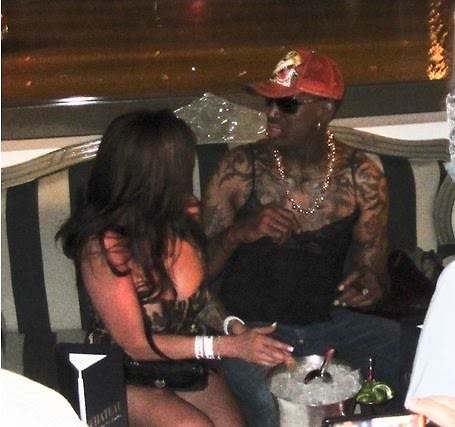 So it turns out, Dennis has thrown himself a 50th birthday party or two already (his actual b-day was in May), and this particular bash was also a launch for his new designer WB Cigar line. But if Dennis really wants to accessorize that lingerie top and necklace, shouldn't he be smoking Virginia Slims? It's the little details that separate a Drag Princess from a Drag Queen, Dennis. Get it together. 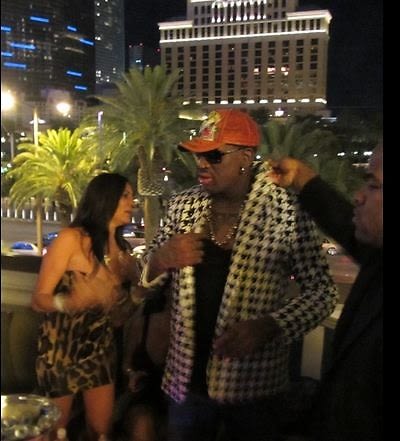 Costume change! That's an exceptionally snappy jacket, Dennis. Is it from the Old Jewish Ladies of Boca Raton Collection? 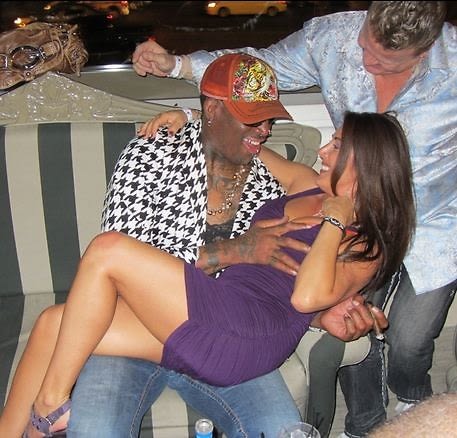 ...and then there's this. Happy birthday, I guess. So basically Dennis Rodman is a pansexual bon vivant with several NBA rebounding records to his name? And he made a movie with Van Damme? I think I gotta stop making jokes about this guy. Dennis, you have as many birthday parties as you want, and let me know if you do one in L.A. I'll steal something nice from my girlfriend for you.