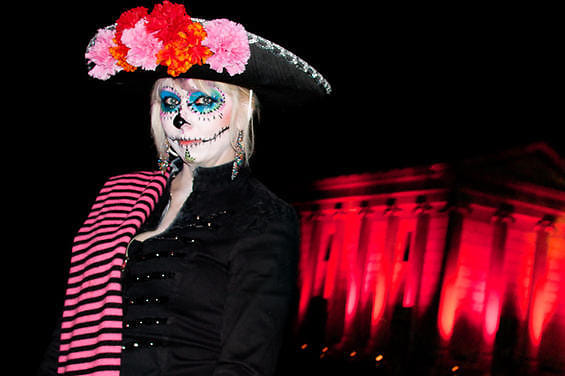 I really feel bad for the old, dead movie stars interred at the Hollywood Forever Cemetery. Seriously, how is Cecil B. DeMille supposed to get any sleep whatsoever when every weekend a bunch of KCRW geeks are tromping around up there having an indie rock picnic and spilling Two Buck Chuck all over your final resting place? But I guess, all other things being equal, ol' Cecil might have gotten a kick out of last weekend's Dia De Los Muertos festivities. While I'm sure it was noisy, and therefore hard to get a nap on, at least the focus was once again all about the deceased. [photos via Nanette Gonzalez/LA Weekly]