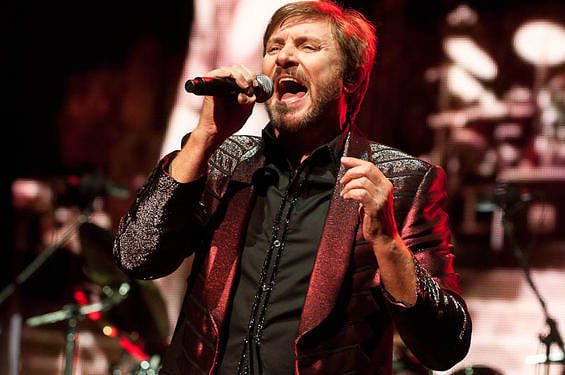 I have to admit, I didn't really see the re-emergence of Duran Duran coming. Like a lot of snobby hipsters who were still soiling diapers when their biggest hits were charting, I scoffed at their presence on the Coachella bill.

When they showed up at the South Park 15th Anniversary Bash last week, I mostly figured it was because Trey Parker and Matt Stone have a soft spot for non-self-aware British poofs in sparkly jackets. But after rocking a capacity crowd at the Nokia Theatre Tuesday night who still can't stop tweeting about it, maybe it's time to update my opinion. [all photos by Timothy Norris for LAW via]