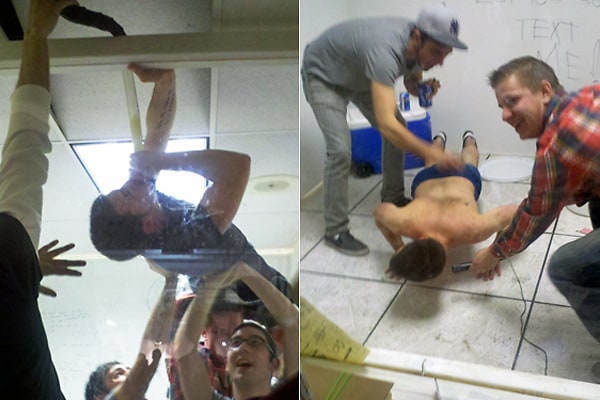 Fratboys have been getting a bad rap these days, and not undeservedly so. While the Greek system has historically given us such crowd-pleasing moments as the destruction of Faber College's homecoming parade and Frank The Tank's streaking adventure, those glory days appear to be over. But what if I were to tell you that right now, at the SCOPE art fair in New York, four courageous brahhhs were using their high powered alcoholism for art?

Introducing C'mon Guy, the brainchild of artist Richie Budd. Four of the most frat-tastic dudes available, sealed behind plexi-glass in the middle of the gallery with an ample supply of Natty Light, who (no joke) donated 30 cases to this worthy cause. While the art world watches, these bona fide bros will shotgun beers, haze the pledge (of course they stuck a pledge in there), vomit (according to artinfo they booted three times during their reporter's observation), and tell spectators when they are hot: 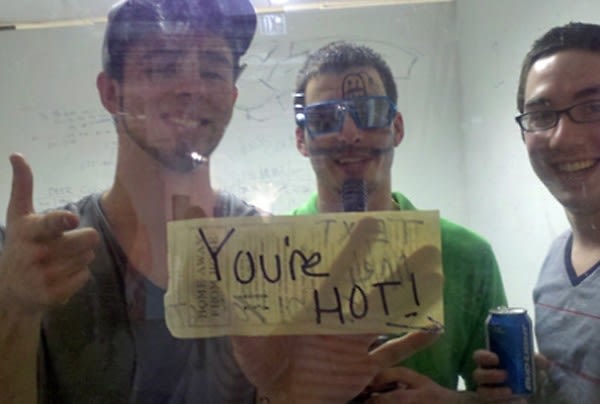 Think of it like Marina Abromovic's The Artist Is Present, if Marina had the vision and moral courage to tape 40's of O.E. to her hands. 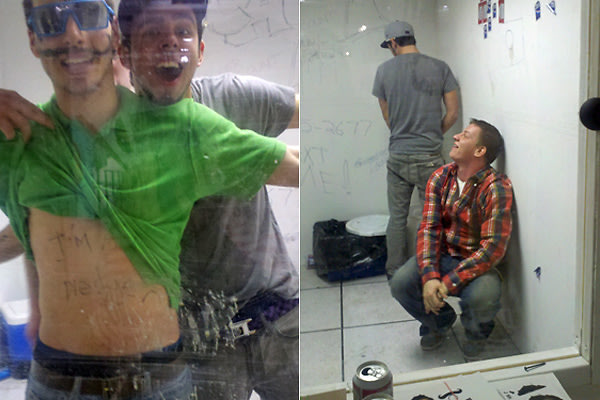 Honestly, I'm just encouraged that these bros are interested in being part of a collaborative process, even if it just turns out to be a way to meet "art chicks." The fact that they're willing to put themselves on display suggests at least some self-awareness and a sense of humor that extends beyond a Dane Cook DVD. Besides, being stuck in this box means they're going hours at a time without Playstation, a fairly noble sacrifice for any college student. When you consider that, in this same amount of time, USC's Kappa Sigma brothers were probably mixing GHB into the campus water supply, these guys actually seem like some pretty upstanding kids. "NOW CHUG THAT BEER YOU FAG!"

[Photos and video via]