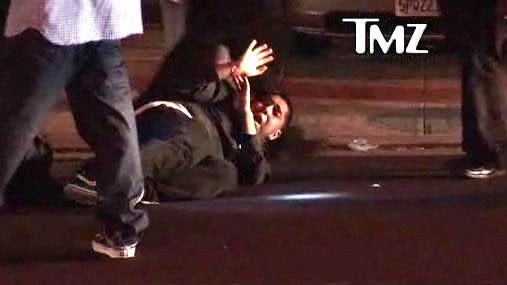 Ah, Saturday night in Hollywood: The possibilities are endless. You can hit up MyStudio and wait for someone to make a Margarita in your mouth. Or you can go for broke and try to catch Mel Gibson at SBE's version of "Jersey Shore's" Club Karma, The Colony. Of course, if you choose to do that, be careful, because according to this TMZ video taken Saturday, things can get pretty serious, even on Amateur Night.

Yeah, it went down all right, thanks in no small part to a remarkably aggressive bouncer waving around a crackling stun gun like Dog The Bounty Hunter. 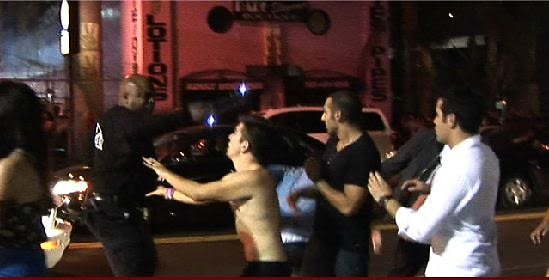 And this fight seemed to have it all: tasers, girls attacking guys, randomly shirtless people (does street violence attract the shirtless, or does it make ordinary people remove their shirts?), and one of my favorite street-fight video staples, the oblivious motorists, who blithely attempt to navigate around the fight as if it was an impromptu bake sale that was hindering their commute, and not human beings being beat down in the middle of the road. 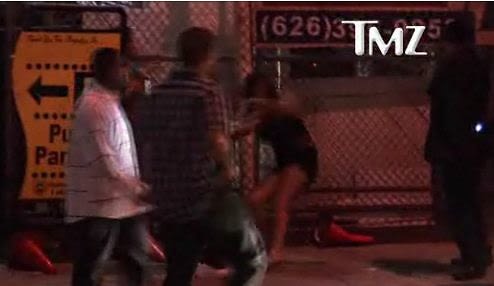 So what, pray tell, might have happened within the hallowed walls of The Colony to produce such chaos outside? Maybe it's a territory war, where two packs of whores accidentally claimed the same booth to dance on top of, and the only way to settle who gets it is an all out street fight. Or maybe Mel Gibson started passing out $100 bills to get people to fight for him. I mean, after listening to the tapes, would you be that surprised if it turned out he was involved in bum-fights, party-fights, or pretty much anything with -fights at the end? Really, there's only one thing we can say for sure, with even more gusto than we usually do: stay the hell away from Hollywood on Saturday night.

Unfortunately, TMZ doesn't have the full video of this majestic brawl available for embedding yet, so watch it on their site.