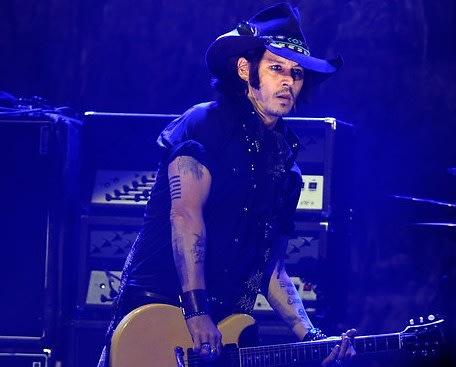 It's sad to say this, but the days when hard rock music dominated the charts are a clear thing of the past. Do you know the last time a rock song was #1 for the year on the Billboard Top 100 charts? It was 2002, and it was Nickelback's "How You Remind Me", which doesn't even count because Nickelback is the musical equivalent of Nutraloaf. Still, we were at least able to briefly turn back the clock last night, as a slew of Rock Icons from years past (and a few movie stars, as well) showed up to rage last night at Club Nokia for the 4th Annual Revolver Golden God Awards.