Go HERE for more photos by Nik and tag yourself and your friends!

As everyone knows, the best thing about Los Angeles is its world famous reputation for safety. Sure, we've had a few blips here and there, but seeing as how we currently have a lower crime rate than Omaha, I think I'll take it. Of course, if you're not a regular reader of these site, you may not realize who we really have to thank for our safety: the Party Superheroes.

As part of my mission to give these brave men and women the recognition they deserve, here are profiles of several more super-powered party animals we caught at Dim Mak Studios Loft Series.

[See the profiles of the first batch of L.A.'s Party Superheroes HERE!] 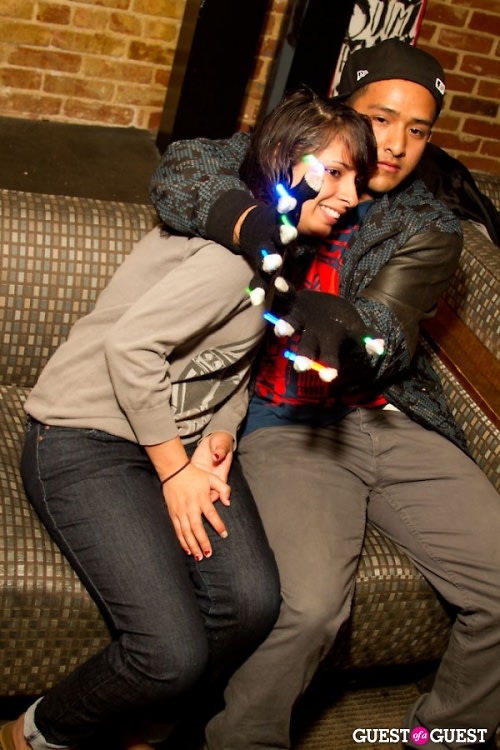 Mr. Hands was once a promising young club DJ with a light show that was the envy of all of West Hollywood. One night, in the middle of a set, tragedy struck when a barrel of toxic waste that was being used to water down the apple martinis was electrified by a loose power cord, and the mixture spilled onto his hands. Though the spill would claim the lives of 23 other partygoers, the DJ emerged with glow-in-the-dark party hands, capable of raving at all times, even when he already has a girl in a headlock. Thus, Mr. Hands, party superhero, was born.

Though his dazzling light show may seem carefree, criminals and party poopers beware- Mr. Hands is not horsing around, and he will ride this to the death. 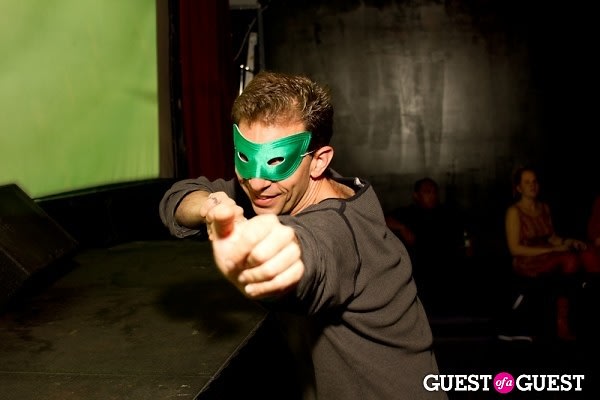 With St. Patrick's Day right around the corner, our city's Irish and those with Irish sympathies are preparing to drink themselves into a green beer-fueled stupor. And after the first time you've regained consciousness lying naked underneath the "O" of the Hollywood sign, you tend to re-evaluate your safety procedures. Well, fear no more, potato-eaters: The Human Shamrock is here! This frisky little ginger adventurer is blessed with the strength to drag a passed-out drunk out of any bar bathroom, Denny's booth, or the chips aisle at 7-Eleven, and carry them back to their own bed. Don't ever worry about regulating your intoxication again! 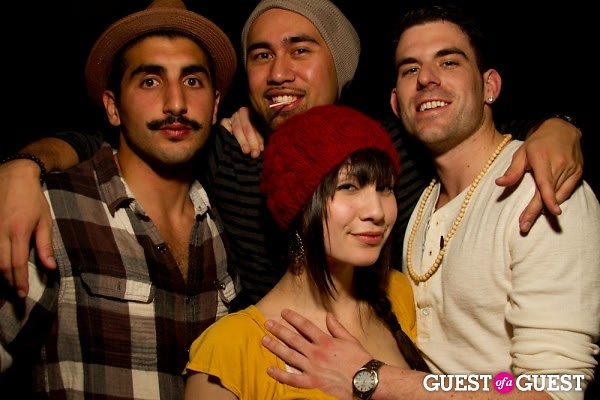 Although the original Fantastic Four also consisted of three dudes and a chick, their adventures often went beyond those three dudes aggressively hitting on the chick. The Mantastic Four does not suffer from such "mission creep," as they are singularly and aggressively focused on hitting on women, both in and outside of the group, at all times. Armed with (L to R:) a mustache, a thin mustache, and no mustache, these party pros have all the bases covered when it comes to the perfect amount of upper-lip hair to snag any lady. You want bead necklaces or novelty hats? They got that, too. Basically, ladies, at least one of these guys, by default, is the man of your dreams.