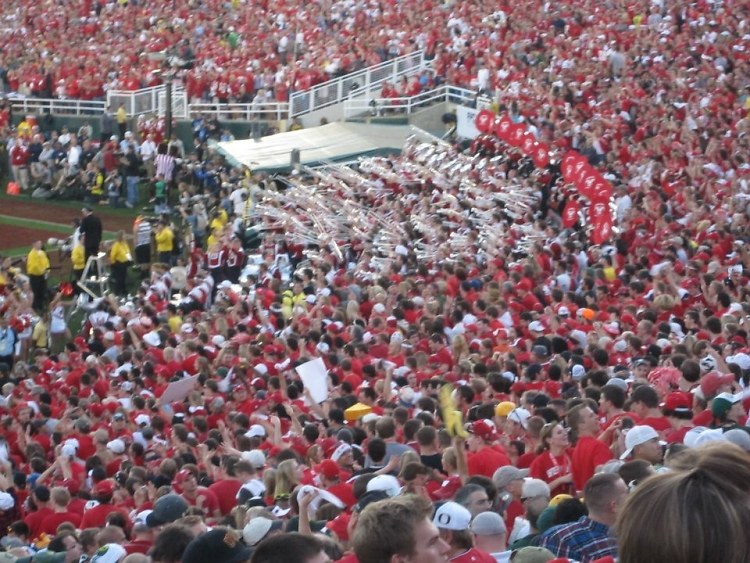 Although the Rose Bowl eventually decided to appease both Badger and Duck fans that wanted to hear their unofficial anthems (Isley Brothers' "Shout" for Oregon and House of Pain's "Jump Around" for Wisconsin) by playing both, the Wisconsin band had prepared for the worst by practicing a marching band version of the Irish rap classic. Personally, I'm a little disappointed we didn't get to hear that version.
8 of 10