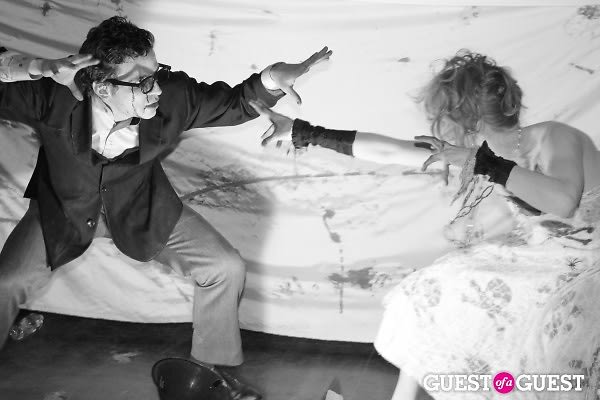 Go HERE for more photos by Andrew Whelan and tag yourself and your friends!

If the current glut of zombie games, movies and parties like local rock band Saint Motel's 3rd annual Zombie Prom with White Arrows tells us anything, it's that we're closer than we've ever been to a zombie apocalypse. Many people, including several of my otherwise sensible friends, seem almost eager for this, under the assumption that they, somehow, possess a so-far untapped survival instinct that will render them more capable than most of making it through a nationwide plague of the walking dead. My friends are idiots. 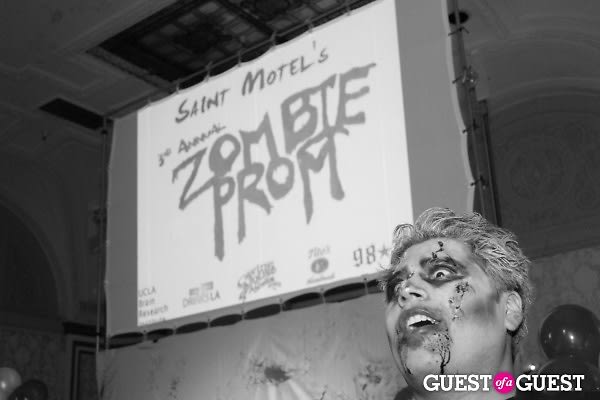 I know I'm going to die during the first few minutes of the zombie apocalypse for several reasons. First off, there is a 2-in-7 chance that it happens during a weekend, where I will be far too impaired by one substance or another to survive even the most rudimentary zombie encounter. I'll hear a crash at the door, get excited that it might be Papa John's, and 15 seconds later I'll be bleeding out on the living room couch. Living in Los Angeles is going to make survival a lot more difficult, too. It's hard enough to get out of town during daylight hours on a regular day; trying to take the 405 during the zombie apocalypse would be a horrible decision and would probably get you picked off like conveyor belt sushi. 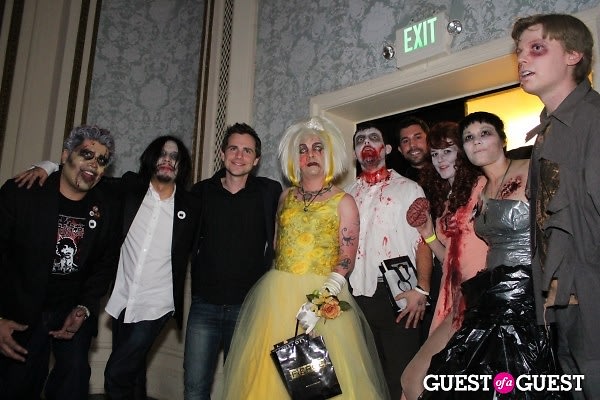 I have a friend who is convinced that the key to surviving the outbreak will be to hijack a cruise ship and set out to sea. His logic is that the amount of food and necessities on board will allow you to wait out the infestation in relative comfort. However, even setting aside the obvious fact that it's damn near impossible to be sure that the ship is clear of zombies, I think this is a flawed plan. Keeping a cruise ship running at even 10% of full functionality requires engine-room staff, a captain, several aerobics instructors, and an army of busboys. Once any or all of these people realize that they have valuable skills in this new, moneyless society, you have a revolt on your hands, and I, for one, am not spending the post-apocalypse as a sex slave to a busboy, no matter how many flashlight batteries he owns. 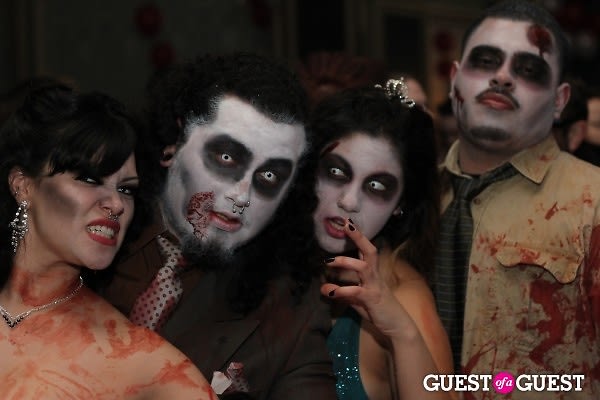 Then again, maybe America deserves this plague of the undead. We've elected Tea Party candidates, made the Black Eyed Peas famous, and consumed so many Big Macs that they had to stop counting on the big yellow sign. In fact, now that I think about it, we already shamble mindlessly towards things that are bright and loud, our children's test scores are circling the drain, we eat Taco Bell meat, which may or may not contain human flesh, and according to "Bridalplasty", many of us have lost most of our original body parts. I think the zombie outbreak already happened. It's the only plausible explanation for Mickey Rourke.

So don't stress it, people- we're already the living dead! At least events like the Zombie Prom let us have some fun with it.