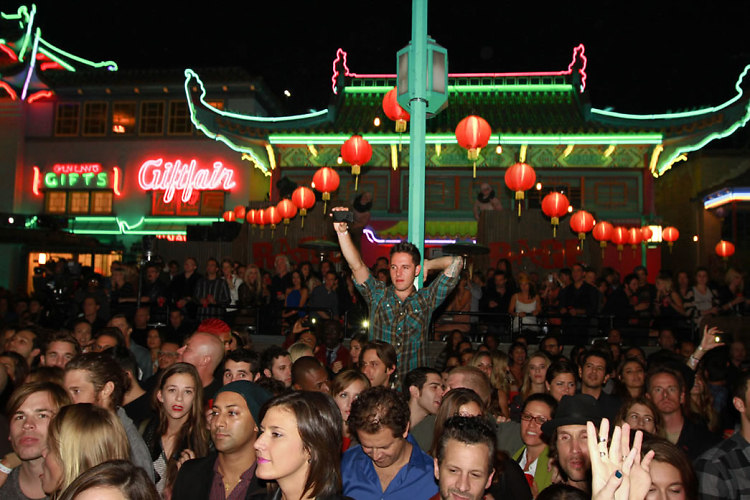 In Roman Polanski's classic film Chinatown, Chinatown is presented as a lawless wasteland, a place so inherently insane that Jack Nicholson has no recourse but to accept the shocking things he's seen. In that way (and likely in that way alone), Roman might actually approve of last weekend's absolutely insane launch party for the Brent Bolthouse-produced party for the upcoming video game Rage, featuring a live outdoor C-Town performance from The Black Keys.

[All photos by The Cobra Snake]