"Best $2k I Ever Spent!" The Jesus And Mary Chain Rock Alongside The Horse Races At Hollywood Park 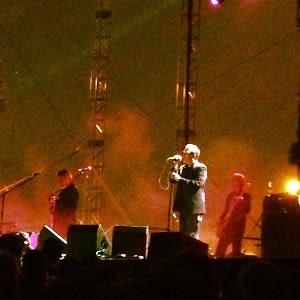 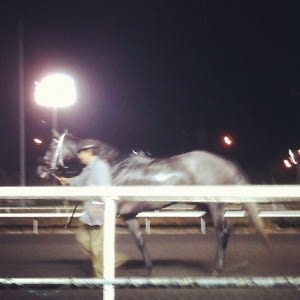 So there you have it: classic post-punk among the ponies. Is it the glorious return that one dreams of? Probably not, but it's also an early tune-up show for a band that's still only played a handful of reunited shows since 2007, and other dates on this West Coast mini-tour included San Francisco's legendary Fillmore and the House Of Blues in San Diego, so it's not as if they're limited to racetracks and 4H barns up and down the coast. Bottom line, The Jesus And Mary Chain is back, and nobody's been seriously injured yet, and those two things together already represent that they've beaten the odds. See you back at Hollywood Park this Friday for Jimmy Cliff! [via @martgeo, @chantalmenard]
7 of 7