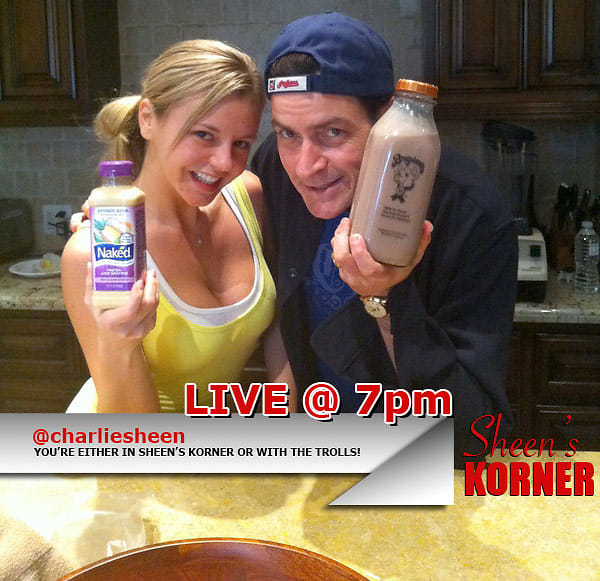 If you're keeping score at home, the exact moment when America got sick of Charlie Sheen happened at approximately 7:10 PST on Saturday night, March 5, 2011. It was then, about 10 minutes into his live web broadcast hilariously (inadvertently?) titled "Sheen's Korner," when it became clear to the 100,000 who had initially tuned in that Charlie was not going to smoke crack or beat his assistant to death on camera. Instead, he was merely going to ramble on in a delusional haze, while a highly questionable entourage giggled at his unimpressive array of fake voices and 6th grade sex jokes.

It was a far clearer look than we've had before into how Charlie acts when the cameras are off, and as such I couldn't help but picture the fat, surly 13-year old kid from "Two And A Half Men" telling his friends that everyone thinks Charlie Sheen is cool but, really, he's a douche who tries too hard-and that was the end of me caring about Charlie Sheen. #TigerBored!

But it wasn't the end of me caring about celebrity meltdowns! In fact, to have Charlie Sheen come so close to becoming a transcendent media figure and fail only serves to whet my appetite for the next spectacular fame flameout. But who will it be? And can we make money betting on it? Let's try. [Sheen's Korner photo via] 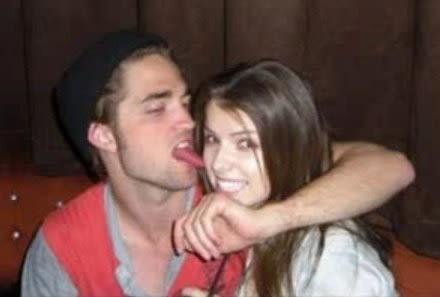 Judging by his acting, has already been in a coma for three years

It would make plenty of sense for RobPat to have a Sheen style ego-driven meltdown. After all, when just about every girl between the ages of 12-18 thinks that you're actually the sparkly love vampire that you get paid millions to play in a series of movies so bad that this happened- it's only a matter of time before you go all the way nuts, right? In Rob's case, we're hoping that transition into complete lunacy involves a vanity rock album, an ill-fated relationship with Samantha Ronson (sparking a major feud with LiLo), and, ultimately, some sort of snowmobile accident. 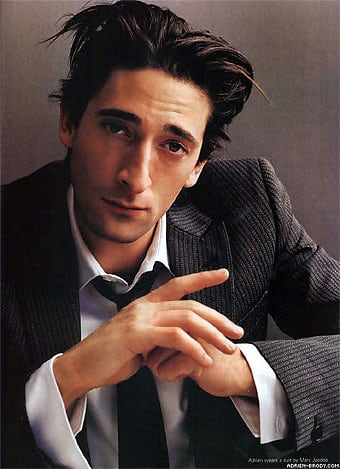 It's easy to overlook the direction that A-Bro's career arc is taking. "Adrien Brody?" you say, "But he just won the Oscar for his role as that amazing Holocaust Piano! His star will never stop rising!" Then you go to his IMDB page, where you notice that his last several roles were a character named "Psycho Ed" in a movie you've never heard of, and also Splice, which I saw, where he cloned an alien monster and then had sex with it (spoiler alert!). If the rumor that I just made up about his fiendish addiction to computer cleaner is true, then his lifestyle is already spiraling out of control. Look for him to move into a hotel by the airport with seventeen dogs (who will eventually be taken away by animal control) and eventually be arrested, naked and bearded, at the Century Blvd Taco Bell for yelling about the coming North Korean invasion. 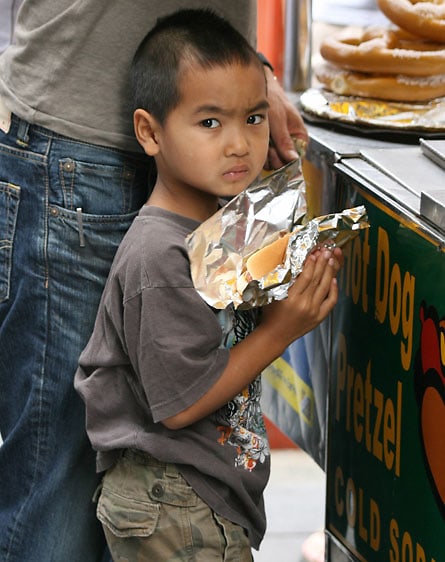 The adopted child of Tyler Durden and Tomb Raider

Has killed before, expressed desire to kill again

Maddox Jolie-Pitt is the most evil child to ever walk the Earth. In dark corners of the Hollywood gossip mill, terrified former nannies and housekeepers speak in hushed tones about waking up in the Jolie-Pitt household to find 9-year-old Maddox standing over their bed, straight-razor in hand, a reddish gleam in his eyes. "Next time," he whispers, running his thumb down the blood-stained blade. "Next time." And then he smiles that horrible smile, his teeth glistening sharply in the moonlight. After the third gardener disappeared, Brad and Angelina knew something was wrong, but what are they supposed to do? They talked about calling the cops, but Maddox will know. Maddox always knows.