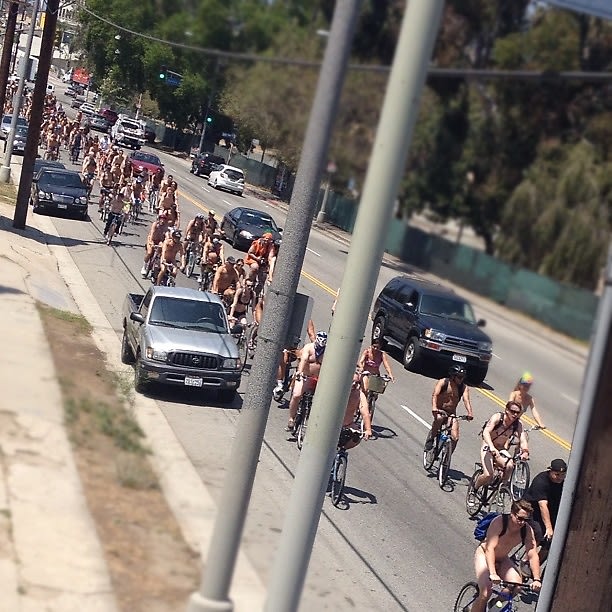 According to organizers, the World Naked Bike Ride's purpose is to

"face automobile traffic with our naked bodies as the best way of defending our dignity and exposing the unique dangers faced by cyclists and pedestrians as well as the negative consequences we all face due to dependence on oil and other forms of non-renewable energy."

Phew! That's more than a mouthful of a mission statement, and while those goals are noble on their face, I'm also fairly certain that many of the "unique dangers" faced by these particular cyclists, such as nipple chafing and sunburn on your privates, are perhaps rendered unique by the circumstances of the ride itself and not by the dangers of non-renewable petroleum consumption. Still, nobody likes a pessimist, so on we go. [via @combustionglass]
1 of 10