For hundreds of years, or however long The Standard hotel has been around, there have been those who speak in hushed whispers about a malevolent spirit that haunts the hallways. Nobody knows what, or who, this dark phantom may be. A brutal killer perhaps, betrayed in a drug deal gone bad and left for dead in one of the rooms upstairs? A lonely soul, driven to suicide by a cheating wife, now so full of righteous anger that he can never rest? Personally, I think it's a dirty old man who had a heart attack while ogling some boobies at The Body Shop next door. Because this ghost is, amongst other things, a total perv.

[Go HERE for more photos by Olivia Gossett and tag yourself and your friends!] 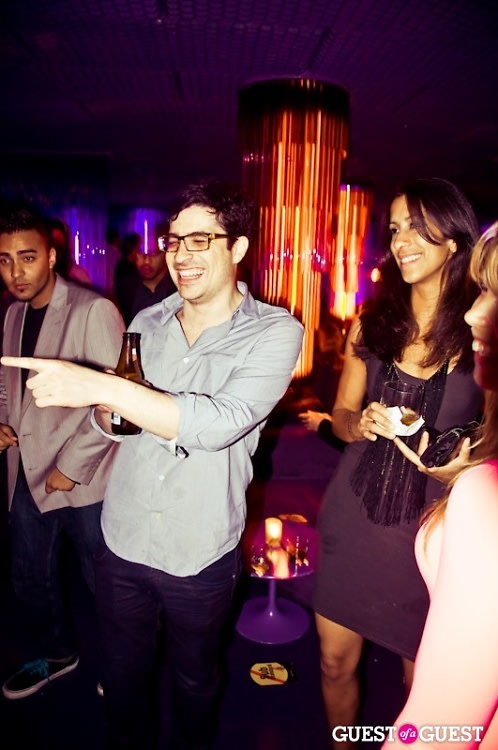 Not everyone believes in the ghost. When I tried to warn this group, the man with glasses attempted to up his low status with the ladies by playing the tough guy. "I ain't afraid of no ghost," he pantomimed, earning nervous chuckles from the females. But his friend in the blazer knew better. He's seen some things in his lifetime that defy conventional explanation and reach towards the supernatural. He knows ghosts are no joke. This is why he's grown the soul patch.

Our first haunting of the evening happened quickly thereafter. "Something just grabbed my ass!" this woman yelled, jumping forward on her giant gold heels. We quickly checked the photograph to make sure that our friend in the white button-down hadn't snuck in for a quick feelski. But there was nothing behind her but a bunch of decorative black pool cues. The spirit was awake. 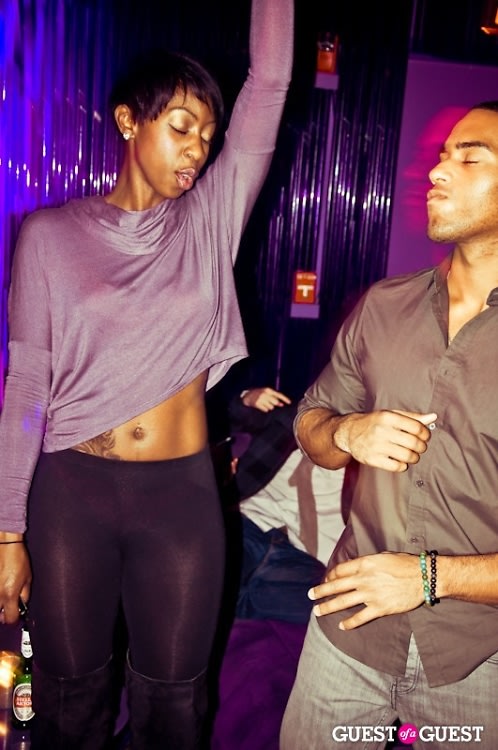 Here's where things started to get really creepy. As this woman danced, she and her partner began to fall into what seemed to be a kind of extreme trance. I called out to them, but they couldn't hear me. Then, slowly, her shirt lifted up, as if invisible hands were removing it from her body. Thinking quickly, I grabbed a nearby bottle of Stella and poured it over her head, which brought her back to reality. All things considered, she was not as appreciative as I might have thought. 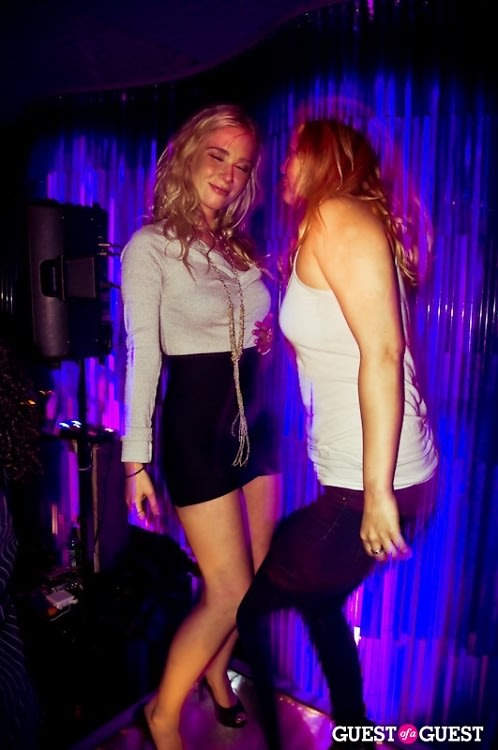 Terrifying and irrefutable photographic evidence of the ghostly pervert! As these two ladies danced the night away, suddenly, a phantom hand appears, cupping her left breast! "But how do you know that's not her hand?" I know because the woman in this photo only had one arm!!! At this point, I am not embarrassed to admit that I panicked, and started screaming. 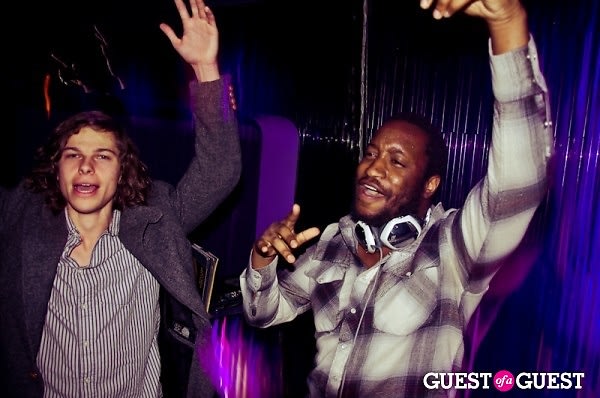 Even the DJ's were screaming in terror as we fled the club and poured out into the West Hollywood night. But, as we stepped out the door, looming on the other side of Sunset Blvd was a massive poster for Mars Needs Moms. A box-office disaster of that magnitude was even scarier than a ghost, so we went back inside, where we ended up having a pretty groovy time. Sure, we all got groped by a poltergeist, but honestly, it was pretty gentle. Would I go back? Well, evil spirit or no, it still beats The Colony, right?