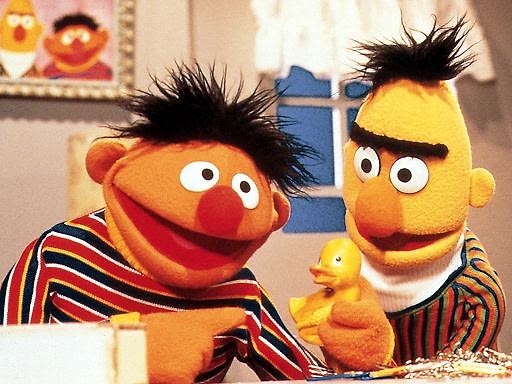 So now that we've dealt with that whole Debt Ceiling thing and America is back on track for 100 more years of world-leading prosperity (right?), we can finally get back to focusing on the issues that really matter. Like gay muppet marriage, obviously.

You see, an online campaign is mounting for the greatest television show ever, Sesame Street, to confirm what anyone who's ever seen 10 minutes of the show already know, that stars Bert and Ernie, with their fussy/carefree dynamic, shared living situation, and love of stripes, are really just a charming gay couple and should totally get gay married together.

"Now, wait a minute," you say, "maybe they're just roommates!" But stop being so homophobic, you homophobe. Do roommates hang pictures of each other together all over their house? Are roommates really willing to interrupt their busy lives to listen to their non-romantically-linked roommate sing a 5-minute song about a rubber ducky, multiple times a day? And while we're on the subject, do roommates really share rubber toys like that? No, they do not. 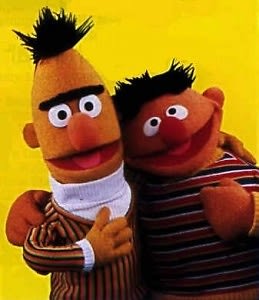 Besides, as the HuffPo piece points out, this is a cause bigger than Bert and Ernie themselves, as their tying of the knot would teach kids from an early age that gay marriage is a wonderful, socially acceptable concept. Kami, the HIV-positive Muppet from Nigerian Sesame Street should be a far more controversial topic, and by all accounts they pulled that off (as) tastefully (as an HIV-positive Muppet can be), so why can't B&E just man up and get married already?

Oh, right, because we live in California and we're shockingly, pathetically behind the times on this issue. But after Bert and Ernie get hitched in New York, where Sesame is made, there's no reason why we can't throw them a killer party out here, so these are my suggestions for where we could do it: 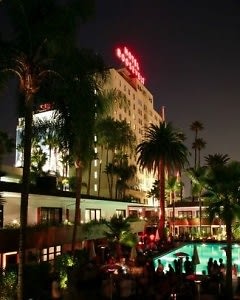 The obvious choice would be to throw the party somewhere superdupergay in WeHo, I know, but we're talking about a party meant to promote tolerance and understanding amongst the population at large, so it needs to be as straight-friendly as it is gay-friendly. Besides, Bert and Ernie wear colorful striped sweaters and turtlenecks, so I think their vibe is a little more "Hollywood Hipster" than "Circuit Party Queen." Therefore, why not set their shindig at the grown-up Chuck E. Cheese's, complete with bowling, swimming (rubber ducky can come too!), burgers and milkshakes?

We already know other famous Muppets like Zac Efron and Samantha Ronson go there all the time, so I'm guessing we could max out the guest list.  [photo via] 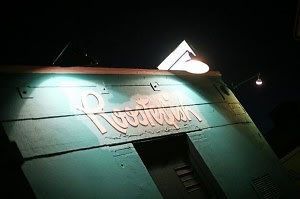 Then again, it doesn't seem fair to not let our city's beloved gay bars join in on the fun. I just think West Hollywood is oh so predictable, and not really B&E's speed. So why not Abbott-Kinney's legendary gay bar, The Roosterfish? A bit less pretentious than the WeHo mambo, and probably less expensive, too (do Bert and Ernie have jobs? Did one of them get hit by a car or something, and they're living off the insurance payout? Do they rob drifters?). I think fun-loving Ernie will like it more than uptight Bert, but marriage is all about compromise after all, and Bert should learn to be happy when the man he loves is happy, ya know? Besides, they'll both enjoy grabbing grown-up kids food for dinner down the street at Lemonade.  [photo via] 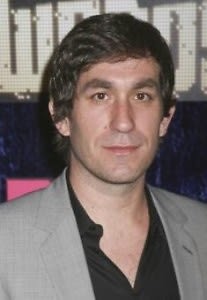 Actually, now that I think about it, a wedding is all about being around friends and family, so who better to host this joyous event than fellow Muppet Brent Bolthouse? We kid, of course, but the Minister Of LA Nightlife would be as great a party-planner as you could ask for, Trousdale's kooky back room is exactly the type of place you'd expect to find a large group of puppets, hipsters, and possibly Wynton Marsalis all mingling without incident, and the crack door staff is well-equipped to keep those trouble-making Muppet Babies out.

I wish we could have the wedding ceremony out here too, something tasteful and romantic, maybe on the Palisades, overlooking the water or something. Get it together, California, do you know how much gay-Muppet-destination-wedding income we're missing out on?

[Bert and Ernie photos via]