Tomorrow night, I won't be at Dwayne Wade's All-Star Party at Supperclub. Nor will I be with Gucci Mane, begging him to let me wear his blinged-out Bart Simpson. I'll be in DeKalb, Illinois, home of Northern Illinois University and the (un)official corn capitol of America to help my grandmother celebrate her 90th birthday with an insane blowout, the likes of which DeKalb has never seen. Of course, based on these pictures from Old-Fashioned Thursdays at Hemingway's, we could have had the party right here in L.A. There were just a few issues.

Go HERE for more photos by Steven Meiers and tag yourself and your friends! 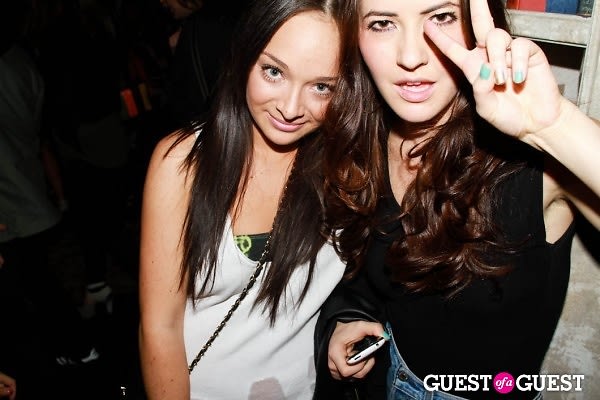 For starters, as angry as my single male cousins may be with me, we're going to have to limit the amount of random drunk girls at Grandma's party. Now, anyone that's spent even 10 minutes with my family knows that we do not, as a rule, frown on drinking. I expect the Dewar's to flow like Ronnie's tears on the latest "Jersey Shore", with my Grandma leading the charge. In fact, one might argue that we take our own scotch tasting so seriously that we're simply unwilling to share with others, even if they might be attractive young ladies. Besides, this girl on the right would be fairly disappointed with DeKalb's cellphone reception. 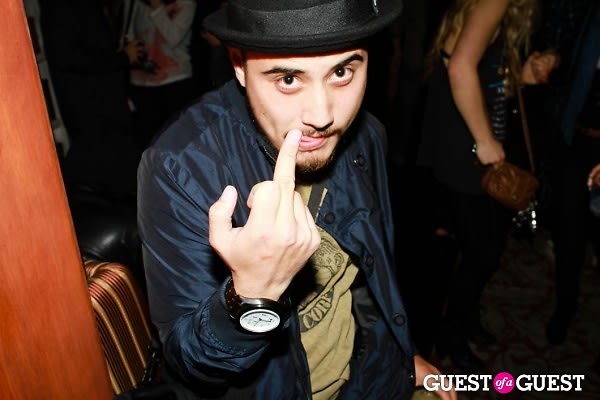 We're also going to be keeping our "flipping off the camera" photos to ourselves. Not for Grandma's sake, necessarily; my Grandma is kind of a badass, and while I wouldn't picture her tossing up the bird for the camera, I'm pretty sure she wouldn't flinch, either. No, we're just not going to do it because flipping off the camera is the last fallback of those insecure souls who find themselves absolutely petrified to be on camera (note: does not apply to Johnny Cash). And while I'm as insecure as any underemployed 26-year-old, and therefore guilty of this as often as not, I think for Grandma's sake I'll step it up this weekend. 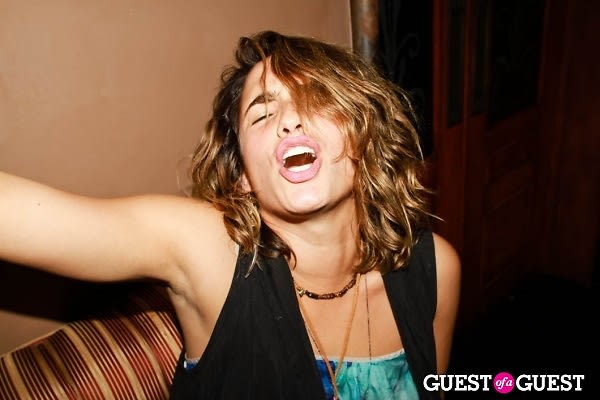 Steven Tyler will not be at my Grandma's party. And not because he doesn't want to be: my Grandma hates Aerosmith. My Grandma is wise. 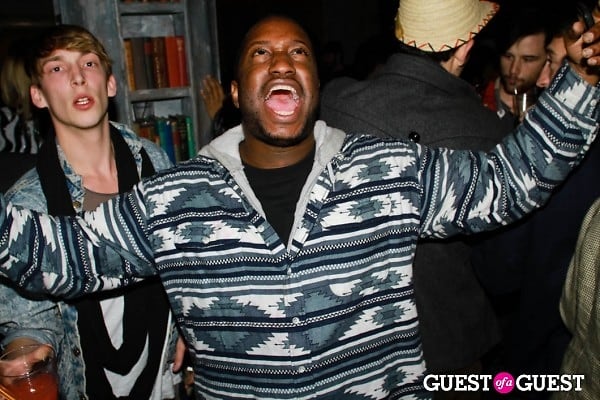 This guy, on the other hand, is DEFINITELY invited to Grandma's party, provided he pays his own way out to rural Illinois. It looks like the southwestern style hoodie/button-down/snuggie should keep him plenty warm, and his attitude tells me that he's the kind of guy that could really tear the roof off of the nursing home banquet hall. Because you see, this is about celebrating my only living grandparent, an amazing woman who symbolizes everything in my mind that a Grandma is supposed to be, from baking peanut brittle to hanging Christmas stockings to sending her grandkids long, thoughtful birthday cards- with money inside, of course. She deserves far more than just a party, but at least we can give her this. I guess what I'm trying to say is, if this random dude wants to recreate this viking yell for my Grandma's amusement, I can't see how that would be a bad thing.

But Jack McBreyer behind him will just have to wait at Hemingway's until I get back.