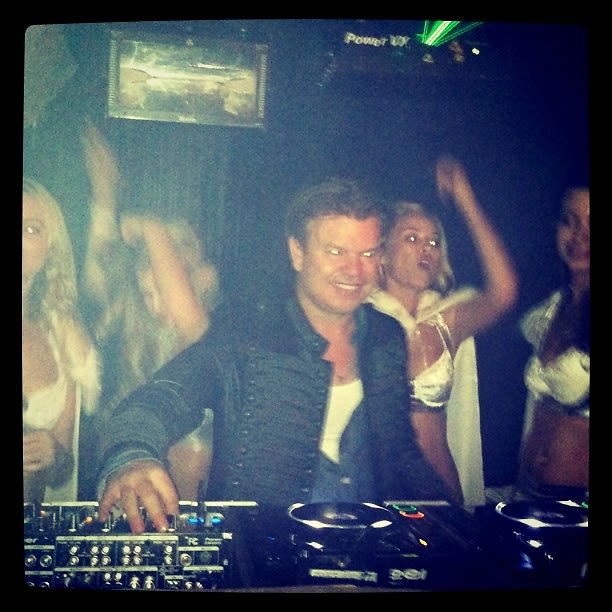 [Paul Oakenfold photo via Instagram] Between Zac Efron and his loyal army of skate rats at Spare Room and the fashion pioneers of Nightswim, we kind of figured Hollywood's adult celebrity version of Chuck E. Cheese known as The Roosevelt had already gone as mutant-friendly as possible. But based on last night's blowout party in honor of the DVD release of X-Men: First Class, which featured a massive 3D projection of clips and characters from the movie on the side of the building and Paul Oakenfold spinning at Teddy's, it seems we spoke too soon.

Yes, the colorful, high-powered genetic freaks of the immortal comic book/film series may have found their match in the crowd that gathered in Hollywood last night, drawn by the promise of thumping beats from the world-famous Mr. Oakenfold, and also by the fairly jaw-dropping large-scale 3D projection technology, which incorporates super-high-powered projectors and a fully modeled scan of the building to produce eye-popping results:

With the likes of Tom Arnold, Jamie King, Jesse Metcalfe, Courtenay Semel and Katherine Schwarzenegger among the celebrity attendees, and hundreds of onlookers and photogs crowding the streets around the hotel, it's needless to say that getting in or out of the venue was quite the challenge, as designer, man-about-town, and friend of the site Markus Molinari learned to his dismay:

What a bummer! If only he could, say, walk through walls, or teleport, or make himself invisible to slip through the crowds. Alas, like the rest of the mutants of Hollywood, his powers are limited to things like otherworldly fashion sense and self-promotion. 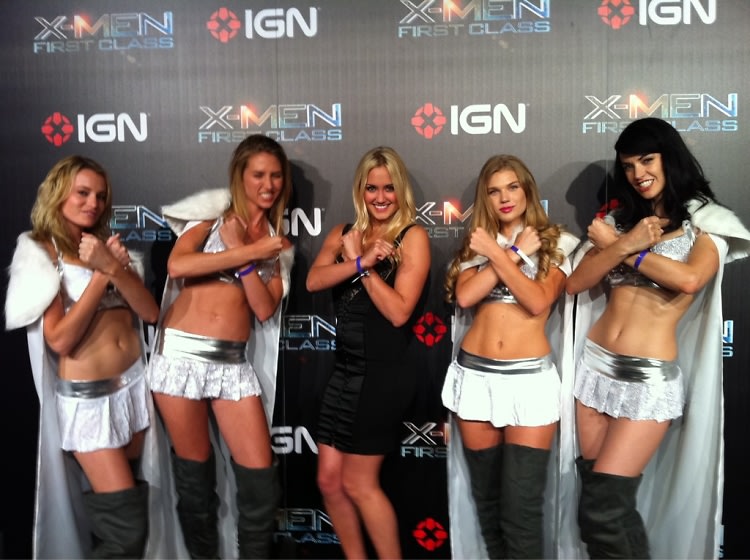 Sadly for Markus and the rest of us, Paul was there for one night only, but the good news is anyone who just wants to watch the projection can come back tonight, as they'll be projecting it again tonight, starting at 8:45 (according to the Facebook event). Blue face paint optional.