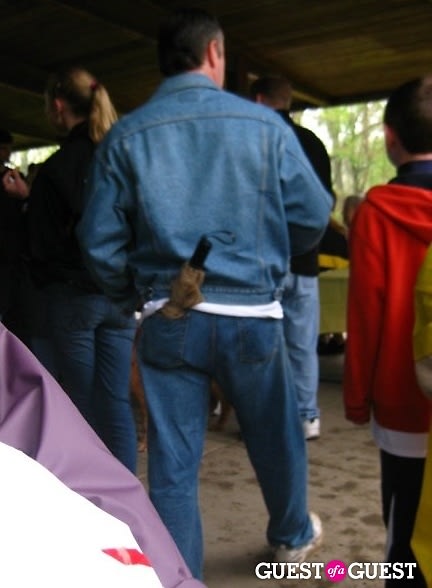 Returning from travel abroad, there are several important things one must do before reintegrating into society, like reflecting on the lessons learned during travel and a self-inventory to assess the extent and content of one's inner transformation. I'm guessing, anyway. All I did was write this. Making fun of tourists while pretending other tourists aren't making fun of you: does it ever get old? As a relatively uncreative writer of internet snark, you can bet I'm sincerely hoping the answer is, "no."

On that note, once more into the breech, with "breech" being shorthand for "horrifying European tourist fashion." Opa! 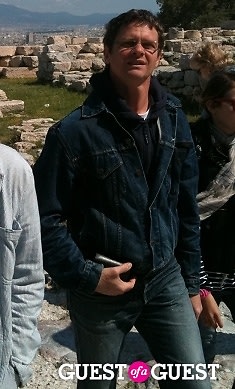 In North America, matching a denim top with denim pants is an excellent way to let people know you're from Canada, or at least that you're planning ahead in case you end up having to sleep under a bridge. In Europe, on the other hand, denim-on-denim proclaims you a free spirit, a rebel, a bit of a badass.

Of course, it might also enhance this guy's "badass" cred if he weren't wearing women's jeans, or carrying what appears to be his wallet in his hand. I guess he's so afraid of robbers getting blood on his sexy ensemble that he stands prepared to hand over his cash at a moment's notice. Or perhaps he noticed the guy with the leather cap from yesterday's post, and is preparing to make him an offer he can't refuse. 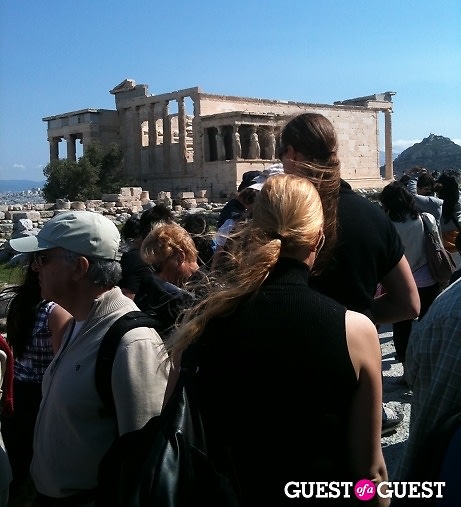 In the course of writing "Best $2k", I've told a lie or two for the sake of comedy. I admit that. On the other hand, I'm not lying when I tell you that the two blond, ponytailed, purse-wielding people in the photo in front of you are DUDES. Also the guy in the front was like 6'3". There's a Tom Brady joke in there somewhere, but I'm a Patriots fan, so you're going to have to make it for me. 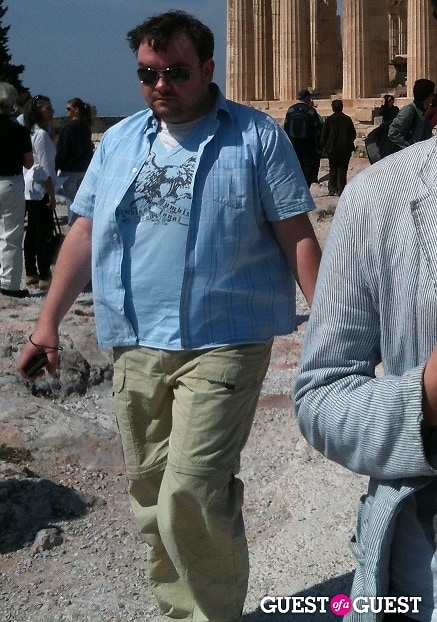 If I sent this photo to Variety and claimed that Robert Iler put on 80 lbs for a "Sopranos" sequel set 20 years later where Tony Soprano Jr. runs his own crew, would they go with the story? Uncanny. 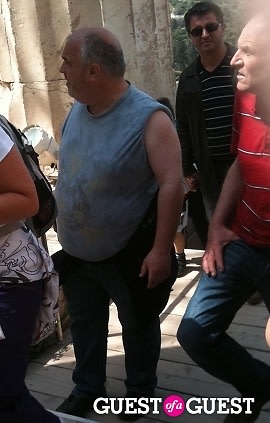 "I'd love to visit the ancient temple that UNESCO certified as Europe's single most important surviving cultural artifact, but I'd also like to look like I just rolled out of a Staten Island Arby's. Well, maybe I can do both!" 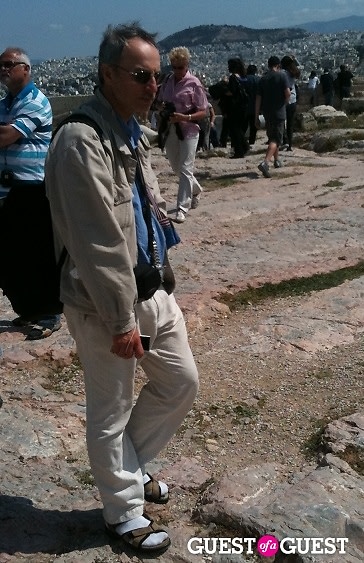 Here's what I don't get about socks with sandals- what's the benefit? Presumably, people wear sandals to experience the joy of open air on their feet and the convenience of being able to quickly become barefoot, if the situation demands. These advantages are clearly lost when wearing socks. I would have tried to tell this guy, but he was wearing his watch on a lanyard around his neck, so he clearly knows what time it is. Bottom line, Flava Flav's white cousin is far less cool. 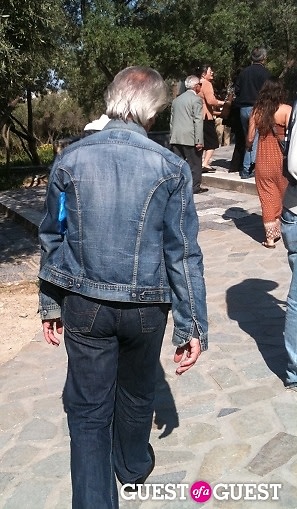