I mean, if your parents give you a name like Jesse Jo, you pretty much need to be able to do one of two things: 1. Be a rockstar or 2. At least pretend to be one. In this particular case, Jesse Jo Stark, daughter of married Chrome Hearts design duo Richard and Laurie Lynn Stark proves she is the real deal. Let's observe through a photo journey of the eclectic crowd at her performance this week, shall we?

Tuesday at the famed Troubadour nightclub, Jesse (ALONGSIDE DUFF MCKAGAN OF GUNS N' ROSES!!?!?!) preformed six songs to an enthused crowd who rocked out and sang along with the leggy 19-year-old. Amongst the crowd of Sid Vicious look alikes, Shenae Grimes of "Beverly Hills 90210" fame along with the legendary Cher were in attendance to help support Miss Stark—life could be worse, ay? Now about that ensemble audience... 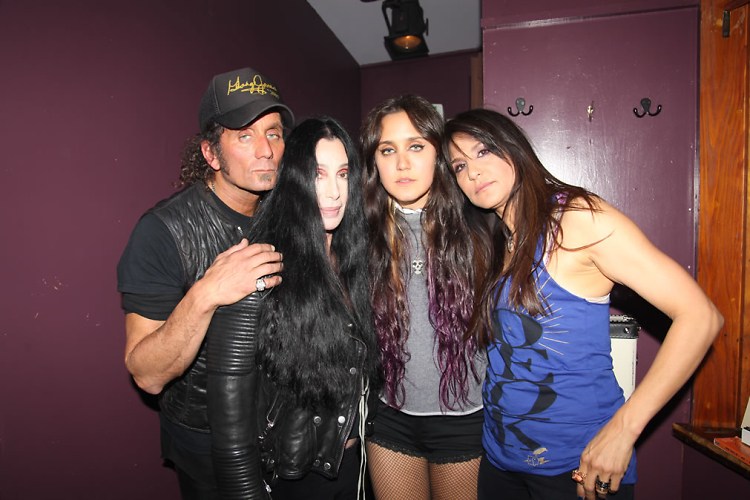 Oh hey CHER! so nice to see you. We're really loving that Burberry Prorsum jacket on you. You little legend you. 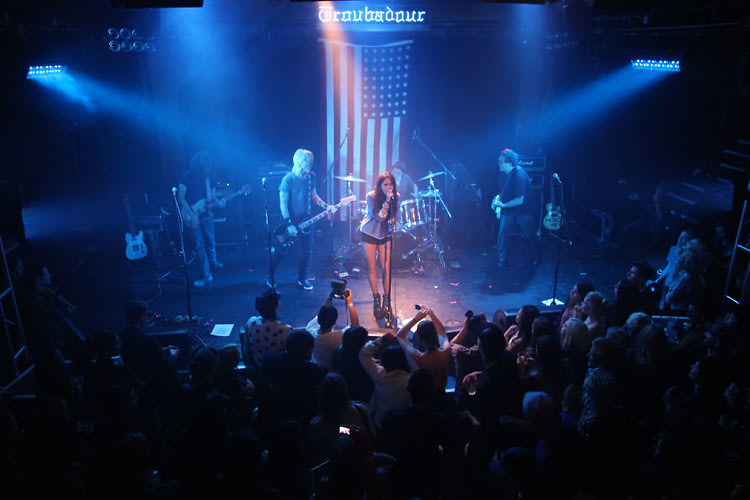 Jesse being patriotic, everything looks  hipster cooler when you throw some America on it (fuck yeah, flag pants!). 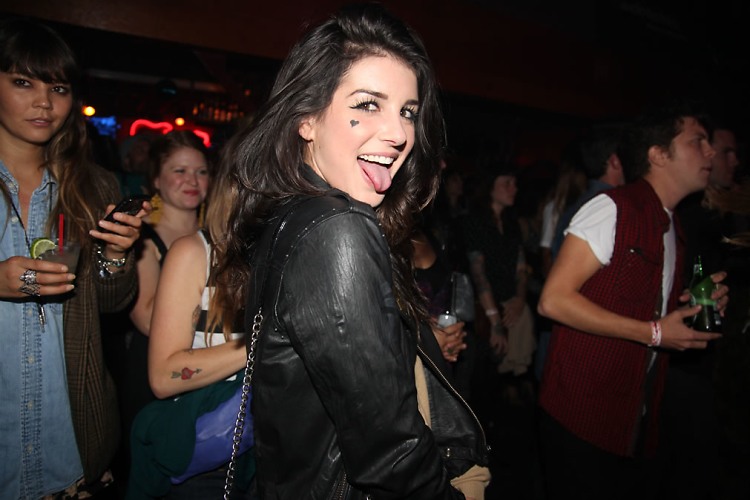 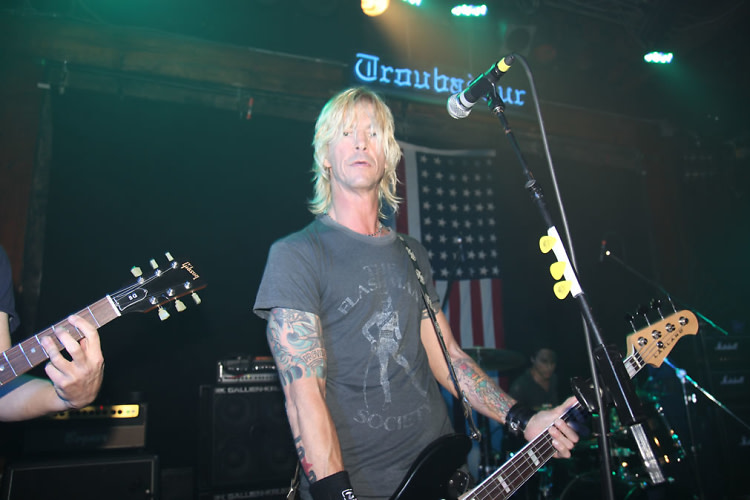 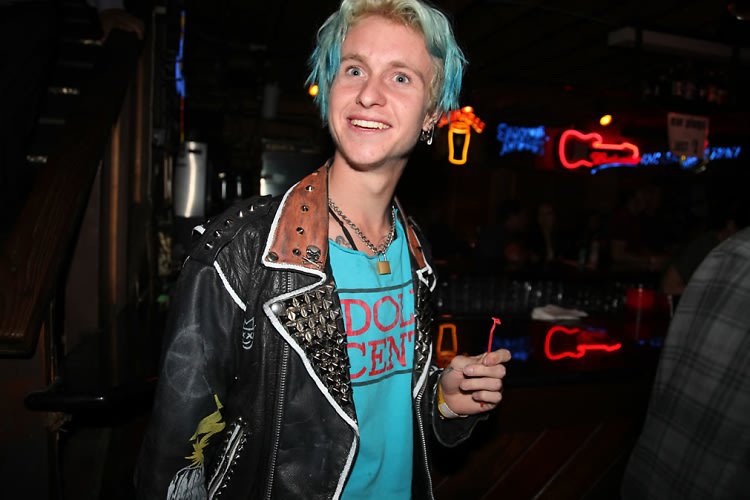 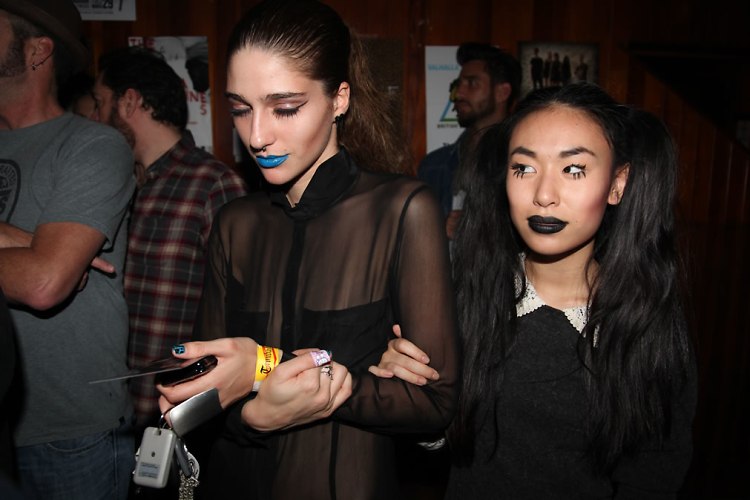 OKAY, I think I sorta..? Wait, no I don't—REFRAIN FROM WEARING BLUE LIPSTICK! 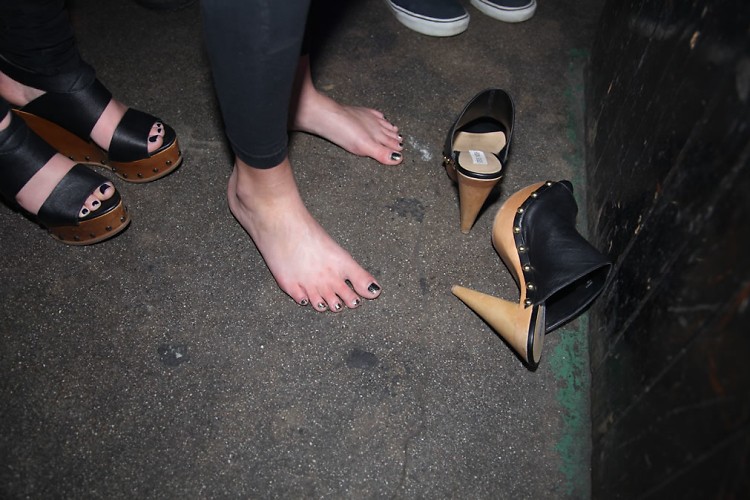 This should only happen when you're sitting in a pool of your own vomit. Good job on the pedicured toes! 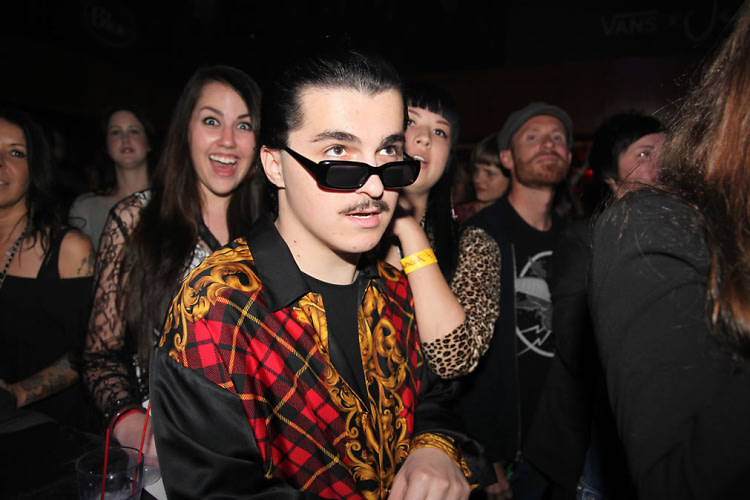 This guy is too rad for words,That Versace-inspired shirt with that mustache is quite the combo. 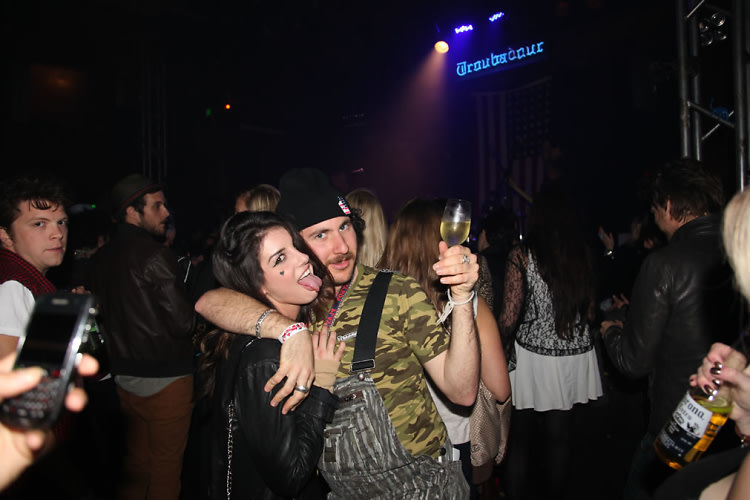 Cheers Mark! Thanks for the groovy photos.

[All photo via The Cobrasnake]

*For more by Morgan visit her blog boobsandloubs.com.