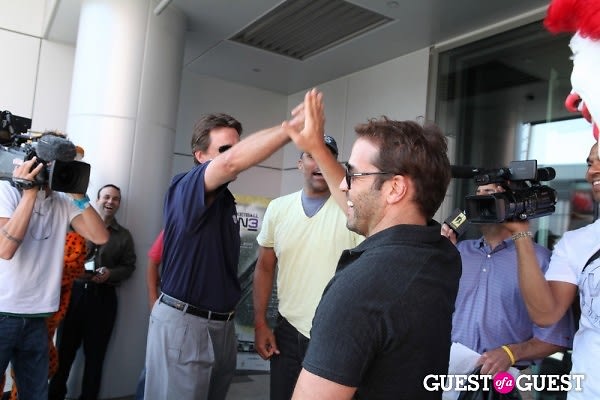 Go HERE for more photos by Sync Up Video and tag yourself and your friends!

Yesterday afternoon in downtown L.A., former Lakers star Rick Fox, Clippers Coach Vinny Del Negro, and Jeremy Piven got together for the 2nd annual "Shot from the Top" at L.A. Live.  The three men challenged each other in a long rage three-point shoot out from the balcony in L.A. Live down to a basketball hoop 33 feet below in the Nokia Plaza. But the competition was all in the name of charity, with "Shot from the Top" promoting next month's Nike 3 on 3 Basketball Tournament to benefit Ronald McDonald House Charities of Southern California.

Speaking of egos, Piven was looking super jacked on top with his chest puffed out, just like he does as Ari Gold on "Entourage"! We even caught him in a total Ari moment while he took a call on his BlackBerry... 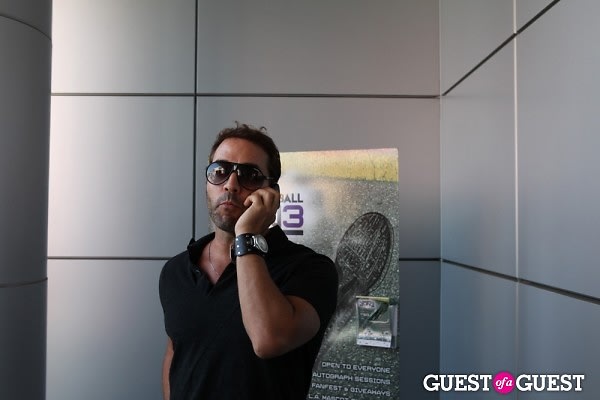 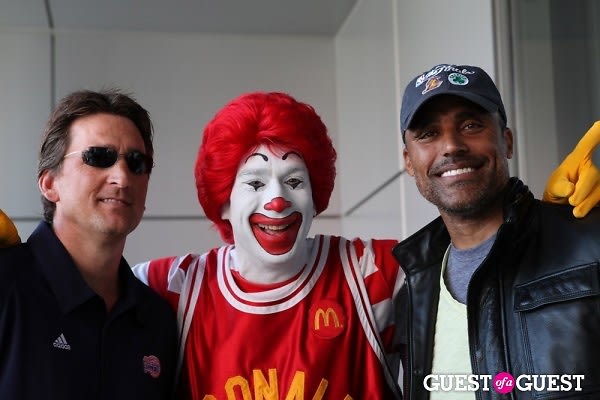 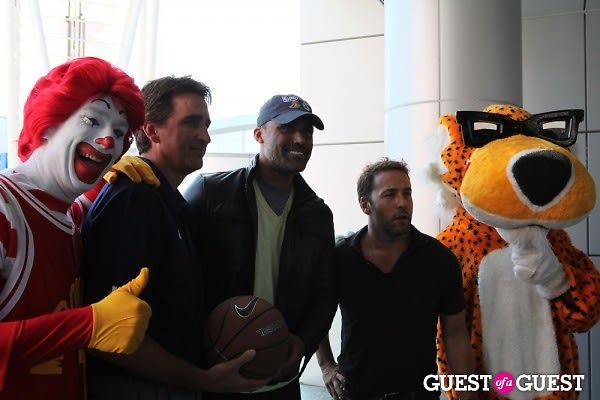 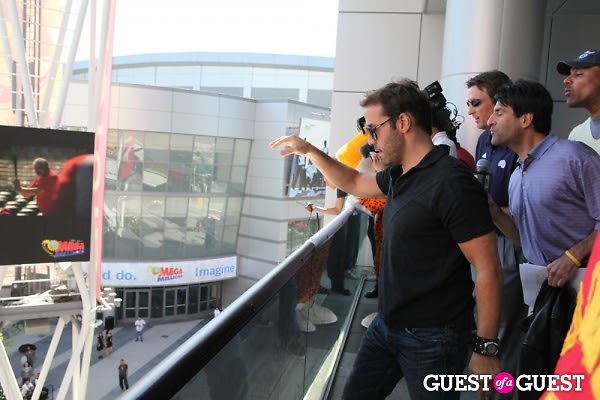 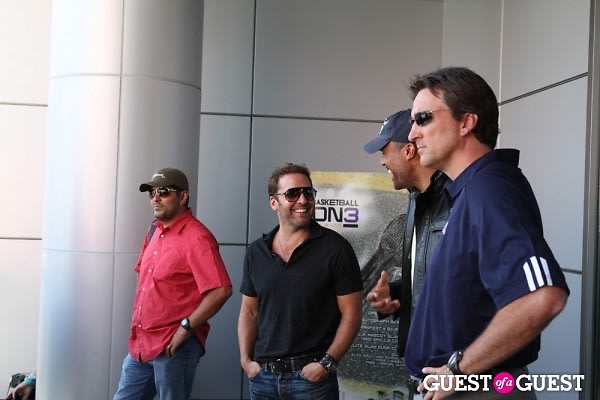