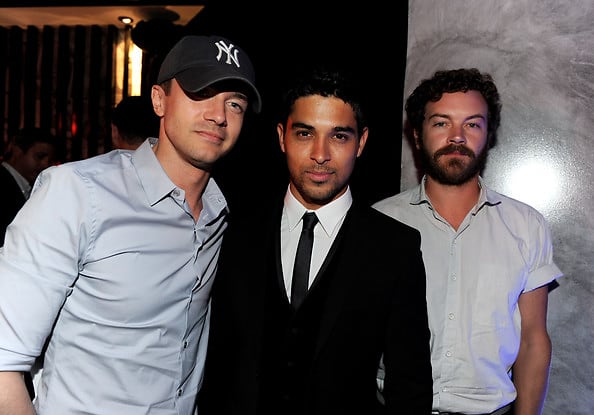 [Topher Grace, Wilmer Valderrama, Danny Masterson photo via] Tom Hanks makes a movie with that Greek lady again and has a Hollywood premiere where half of the cast of the "That 70s Show" decided to have a reunion; Assouline publishing fete's Cirque du Soleil founder Guy Laliberte's new book of photos he took from space at the SLS Hotel—it was not the most eventful of Monday nights in L.A. but here's everything you need to know that went down in today's edition of Last Night's Parties. 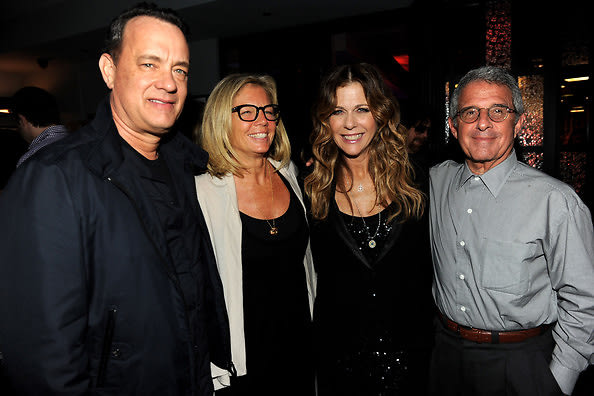 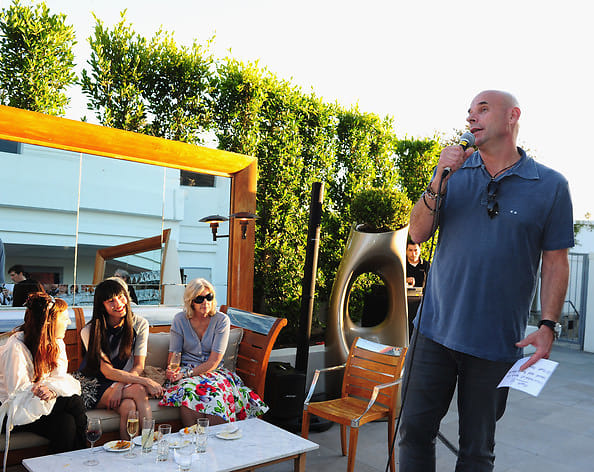 Where: SLS Hotel Who Was There: Guy Laliberte, Lois Aldrin, Genevieve Bujolde, Sam Nazarian, Barbara Lazaroff. Other Details: In celebration of his new book GAIA, Prosper and Martine Assouline of Assouline publishing hosted a soiree for Guy Laliberte at the SLS last night. You see, when he's not busy inventing things like Cirque du Soleil (yes, he founded it) and coming up with innovative trapeze shows, Guy Laliberte likes to take trips to space and take photos of what he sees Laliberte's tome presents his stunning photographs taken during his 11-day trip into space orbiting the earth. The photos capture views of earth 220 miles away in space and are pretty spectacular.