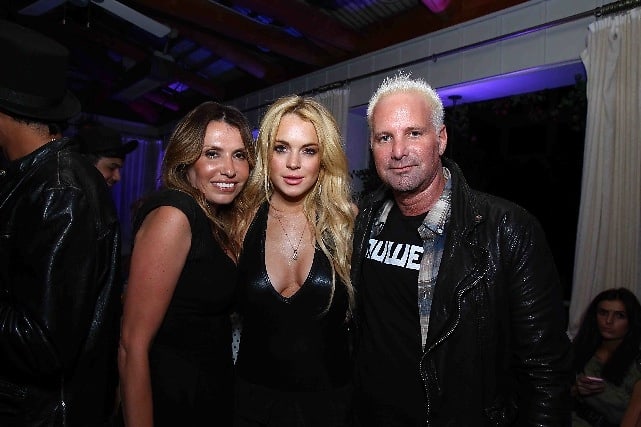 Music notables, fashionistas, and celebrities took over The Mondrian to kick-off the June/July issue of Nylon Magazine featuring superstar M.I.A. Co-founder and editor-in-chief of Nylon, Marvin Scott Jarrett, ran the party and perused the crowd making time for ample photo ops with the infamous LiLo and party host M.I.A.Models, musical geniuses, and socialites were treated to a dinner out on the hotel's deck compliments of The Mondrian.  When appetites were satisfied, the party goers relocated to the SkyBar.  Some of our favorite appearances: LiLo in a black halter and black parachute pants, which we are sure were worn to strategically mask her fashion forward SCRAM bracelet, and club empresario Brent Bolthouse behind the turntables.

NYC glam rock band, Semi Precious Weapons, dramatically engaged the tipsy partiers.  Spitting out more than lyrics, Justin Tranter chugged and then shared his champagne with crazed fans. The turnout was so incredibly great that the valet ran out of spots to park cars, and the fire marshal ever so sternly threatened to shut the place down. Nylon's  party upheld the standard of its previous parties' reputation by combining elements of fashion, musical genius, and being the night's destination for all the cool kids in town. 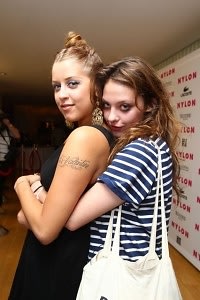 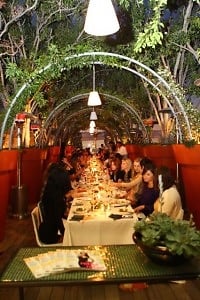 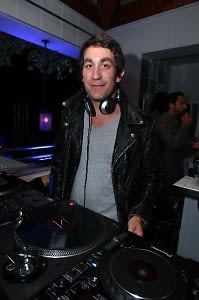 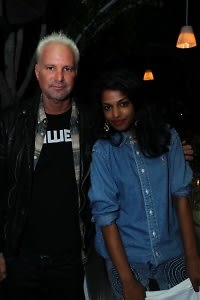