Go HERE for more photos by Jessie and tag yourself and your friends!

After a first day of food, crafts, ice-cold beer and music from acts like Ghostland Observatory, Bad Brains, The Ohio Players, Dawes, and Chief, mini-Coachella West, a.k.a. the Sunset Junction Street Fair 2010 was only half over.  Hipsters of all shapes and sizes flocked to Silver Lake on Sunday for another round, because there's no such thing as too many summer music fest experiences.

Day Two of Sunset Junction featured a fresh crop of musical talents playing sets for the L.A. crowd all day and into the evening from the fest's five stages.  Acts such as Sam Sparro, Mayer Hawthorne & The County, Fitz & The Tantrums, and C.C. Sheffield had audiences swaying and cheering to their sets, but the standout show of the day was Edward Sharpe and the Magnetic Zeros. 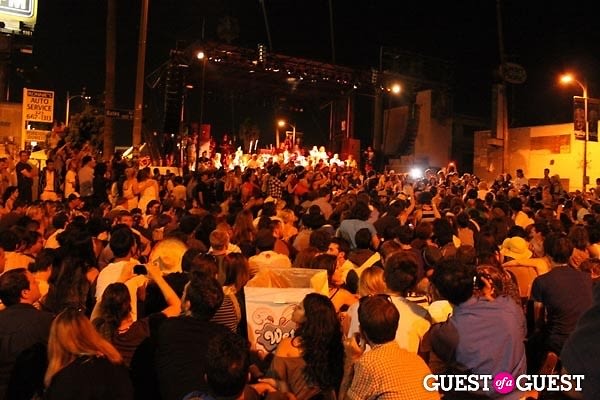 Crowd at the Edward Sharpe and the Magnetic Zeros show

The 10+ piece band led by Alex Ebert and Jade Castrinos stole the night with their folk-rock ensemble as they sang and strummed on stage to the crowd. Although living the rock star dream with songs at the top of the charts, the band never denies its roots to project an image of coolness, even at the eternally hip Sunset Junction fest.  In fact, Ebert showed off his adorable mother backstage before after the band's performance. Cuuuute! 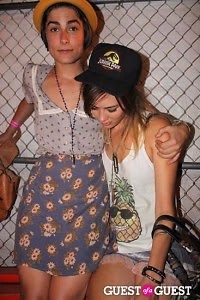 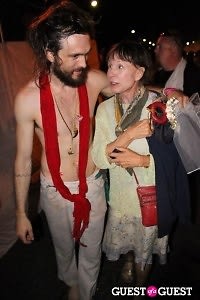 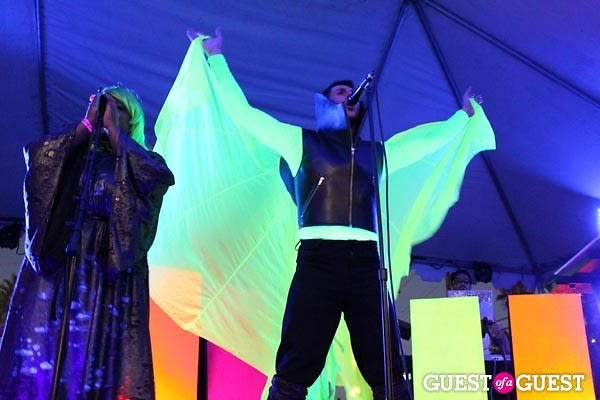