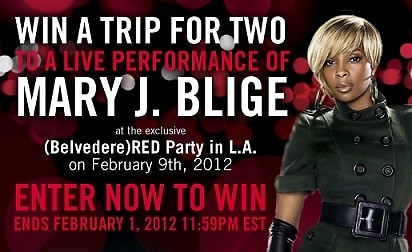 Where: Avalon Description: Belvedere is making your vodka filled night even more special with a live performance by Mary J. Blige. As with all (RED) branded products, 50% of the global sales of (Belvedere)RED will go to the Global Fund to fight HIV/AIDS. [Details] [via]

Where: Getty House Description: Delta, the airline that is officially flying all your favorite (and probably already drunk) musical hooligans to this fair city will be hosting a reception at Getty House with a special performance by Raphael Saadiq and appearances by Cee Lo Green, Eric Stonestreet, Victoria Justice, Magic Johnson. [Details]

Where: Belgian Residence Description: That country that you always go on vacation to is throwing what will probably be the most amazing pre-party the world has ever known. The Belgian Consul General and partners are hosting a private  benefit in support of the VH1 Save the Music Foundation. Featured performers include Belgian artists Milow, Daniel Ho and Tia Carrere, Cimorelli and honoring Grammy-winning producer Tony Maserati. But, most importantly, imagine all the Belgian beer and cookies that will be there. [Details]

The Clive Davis Pre-Grammy Gala at The Beverly Hilton 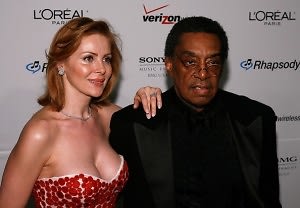 Where: Beverly Hilton Description: Clive Davis and the Recording Academy present the annual "Pre-Grammy Gala" Saturday at the Beverly Hilton. The event will include its annual Salute to Industry Icons, honoring Virgin Group founder Sir Richard Branson. Expect a heartfelt tribute to the late Don Cornelius (pictured left from the 2007 Clive Davis Gala), as well. [Details] [via]
1 of 4