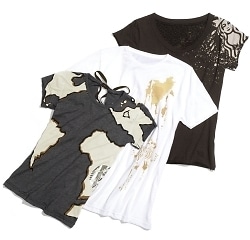 If you're anything like us, you can never have too much Wang in your life. Alexander Wang, that is (you heard about the all-white Rocco bag, right?). The young designer who has quickly become one of the hottest on the scene now counts a partnership with Starbucks among his many endeavors. [Photo via]

The Cut reports that Wang, Billy Reid and Sophie Theallet all designed T-shirts inspired by Starbucks as part of being selected as winners for the CFDA/Vogue Fashion Fund. The shirts, which went on sale on today, were created to help celebrate Starbucks' 40-year anniversary, each featuring the coffee chain's signature "twin-tailed siren" mermaid lady. 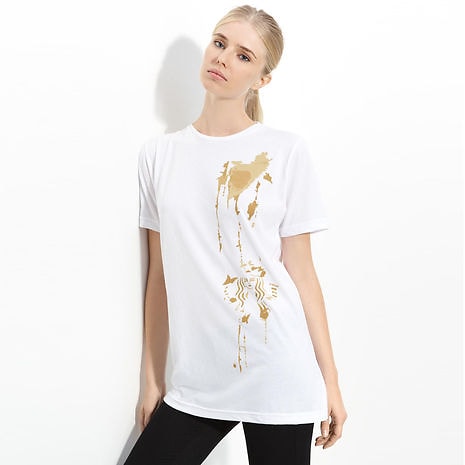 The unisex Wang version takes a literal route, with the crisp white shirt's print imitating what looks like something I inevitably end up sporting on half of my shirts, a dribbling coffee stain. But for $85 a pop, you won't forget this faux lunch break mishap is the work of a top designer. Lighten up, it's just faaaashun!

And in case you haven't seen it yet, here's what that all-white Rocco bag debuting at Milan Fashion Week looks like: 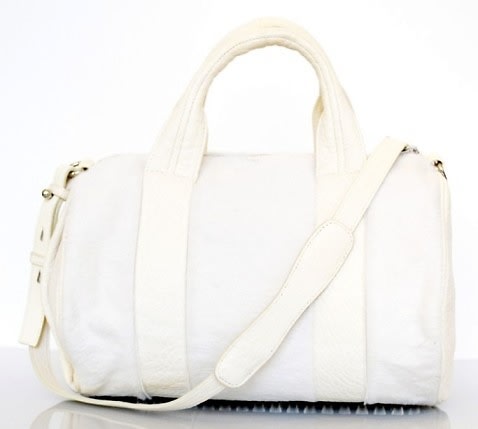 [See more Alexander Wang coverage in Favorite Looks From The Runways of NYFW, Part I and Part V.]