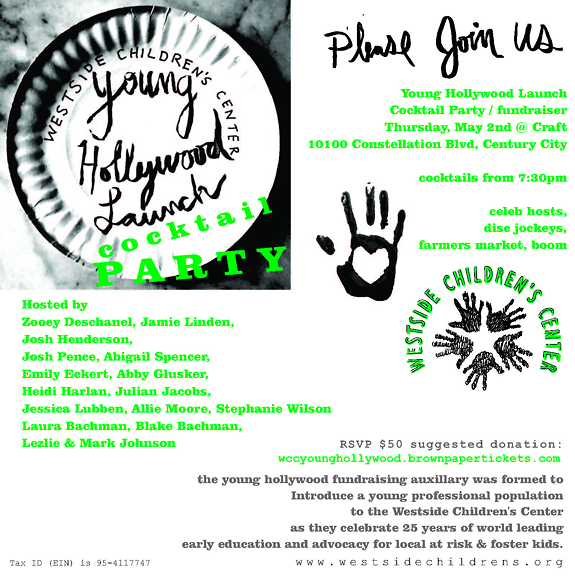 When: Thu, May 2, 7:30 pm - 10:00 pm Where: Craft Why: The Young Hollywood Fundraising Auxillary was formed to introduce a young professional population to the Westside Children's Center. The launch party will be hosted by Zooey Deschanel, Josh Henderson and many more! [Details] [Photo via]
1 of 6