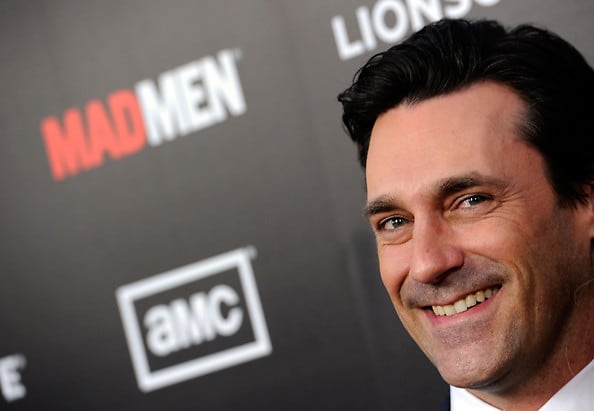 These are exciting times for fans of Jon Hamm. As you may already know, there are only so many times per year that he can be released from the hyperbaric chamber that keeps him operating at peak masculinity. Often, you'll catch a peripheral glimpse of straight teeth and immaculately coiffed hair and get all excited, only to turn and realize that it's just Mitt Romney. Now you know how disappointed Republicans feel, all the time! But fortunately with an upcoming new season of "Mad Men," we're experiencing a thrilling run of actual Jon Hamm sightings, like when he stepped out last night with the whole cast for the Season 5 premiere at the ArcLight. And while he didn't reveal anything too juicy about the plot lines for the hotly anticipated new season, which airs a 2-hour first episode next Sunday, we have some predictions*.

*If you're not all caught up on "Mad Men," you're really on your own with that one, but I guess Spoiler Alert for the rest of this post.