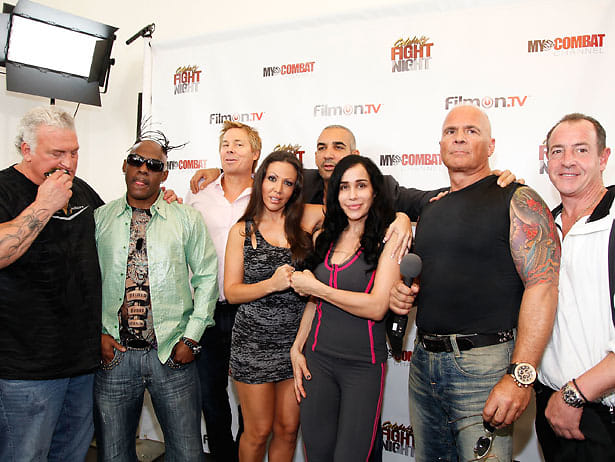 When life hands you lemons, at least you can still laugh at each of these dreadful individuals to feel better about yourself and whatever misfortunes that may have befallen you. Despite the physical altercation between two of Long Island's finest, Joey Buttafuoco and Amy Fisher's husband Lou Bellera, that broke out last night when a motley crew of the worst of the worst got together in Beverly Hills, it was only the press conference to promote a boxing event god's embarrassed of called "Celebrity Fight Night".

"White Trash Olympics" would have made much more sense considering who's on the bill, but I guess the term "celebrity" was a misguided attempt to keep it P.C. and somehow limit offensive nature of the entire horrendous affair, but actually just makes it worse. The only saving grace of broadcasting a collection of famous miscreants punch each other is that it's partially for charity. Let's take a look at the this stellar brigade of disgraces who will enter the ring on November 5th.