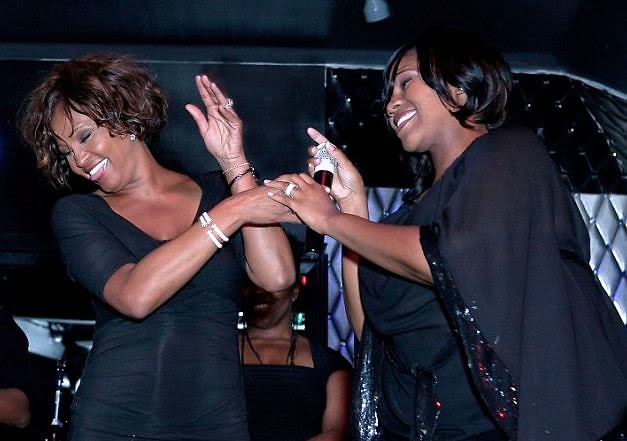 Where: Tru Hollywood Who Was There: Whitney Houston, Brian McKnight, Jennia Fredrique, Terrell Owens, Omarosa Manigault-Stallworth, Terrell Carter, Kelly Price. Other Details: Kelly Price and Whitney Houston came out to enjoy themselves at the For The Love of R&B Grammy party at Tru Hollywood last night. Whitney joined Kelly on stage for a duet, but the good times were short-lived as Whitney was seen being escorted out of the club angry, agitated and disheveled, and had what was believed to be blood dripping down her leg and scratches on her wrist. There’s never a dull moment when Whitney Houston is around. [Whitney Houston, Kelly Price via] 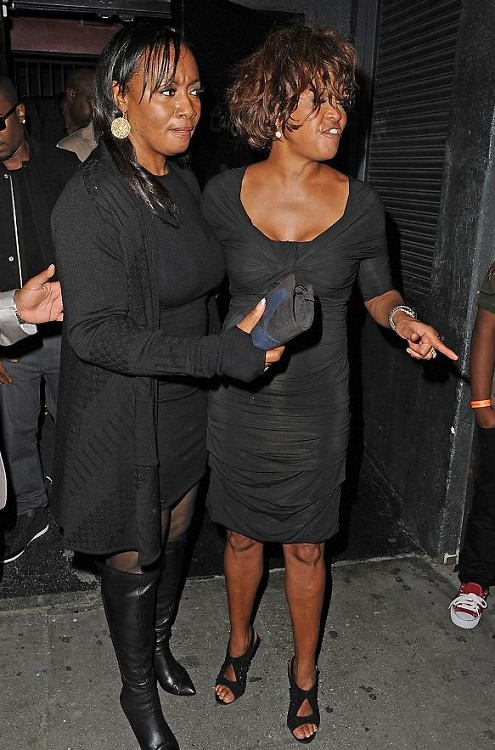