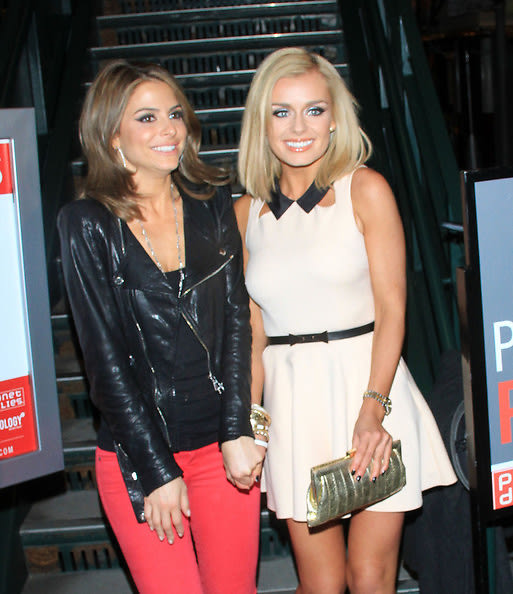 "Dancing With The Stars" After Party At Mixology101

Where: Mixology 101 Who Was There: Maria Menounos, Kym Johnson, Jaleel White, Derek Hough, Karina Smirnoff, Katherine Jenkins, Cheryl Burke, Gavin DeGraw, Mark Ballas, Roshon Fegan. Other Details: Katherine Jenkins, Maria Menounos and the rest of the “Dancing With The Stars” cast partied it up at Mixology 101 inside The Grove after dancing their feet off on Monday’s performance episode. Guests enjoyed food from adjoining Planet Dailies while DJ Will Crimes dropped plenty of sick beats for the stars to groove to. Some may need to head back to Mixology 101 for some cheering up after they get sent home in tonight’s elimination episode which airs on ABC at 9/8c. [Go HERE for more details on the unusual cast of characters who were there last night in our "Best $2k I Ever Spent!" Porn Stars, Urkel & More Hit The "DWTS" After Party at The Grove.] [Maria Menounos, Katherine Jenkins via]
1 of 4