Upon first seeing this photo, confusion and so many questions flooded my tired, tired brain that will not rest until it understands the "why's" to everything. But before I could get to finding answers, I had to wipe the mist from my eyes and pick myself up off of the office floor where I had keeled over laughing because this is the most ridiculous thing I've seen all week: 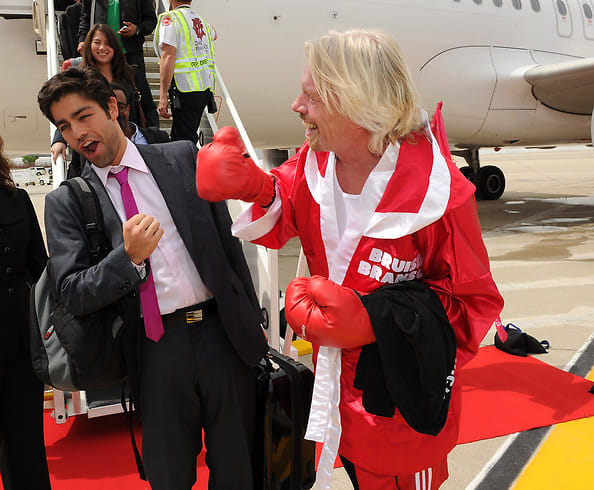 Excuse me, but why is Sir Richard Branson wearing a boxer Halloween costume on a red carpet rolled out on a tarmac? Does that robe seriously say "Bruiser Branson"? (Yep.)  Why is he socking Adrian Grenier in the face? Is Branson attempting to set new world records in douche by socking douches in the face as they deplane? And why is Grenier in that suit?! Does he work at WME now?? The answer: Virgin America, now servicing O'Hare International Airport with flights to L.A. and San Fran. 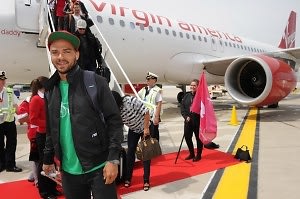 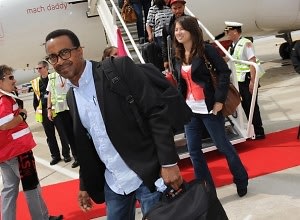 Not that that's at all a logical explanation to any of the above questions, but yeah, the extraordinary image is of Virgin's inaugural L.A.-to-CHI flight (hence the red carpet), a service that launched in a direct challenge to the big airlines already servicing O'Hare. As far as Bruiser Branson's getup, well, that's just him being really obnoxious about it.  Which, by the way, is totally understandable since that's what showboating, cheesy zillionaires with a complete lack of self-awareness do when they want to fete their professional accomplishments. You think a swanky cocktail party with tuxedo-wearing monkeys serving drinks would suffice? 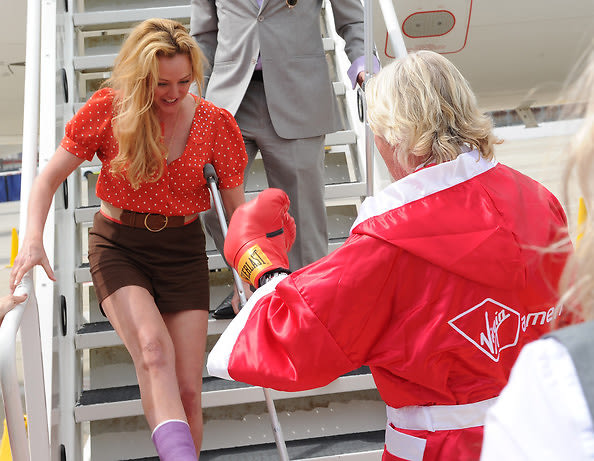 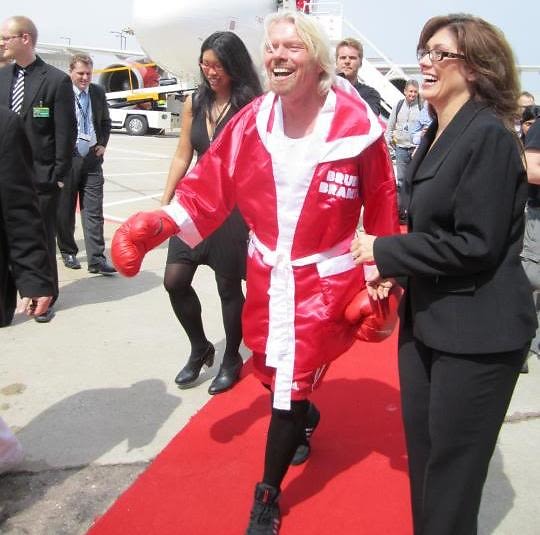 No, no, a 60-year-old man prancing around on a tarmac in a satin costume, wifebeater, and black socks up to his knees while he half-messes with passengers getting off a flight, regardless of whether they're on crutches, was definitely the right move on such a great day for being an a-hole.

Still not sure why Adrian Grenier is dressed like one of Ari Gold's interns but I suppose it's possible he drank the Kool-Aid at CAA or something, because everyone knows when that happens, you go everywhere—dinner, drinks, family get-togethers, the mall, the dentist—in a suit. It doesn't come off. Especially not for Virgin flights from L.A. to Chicago.

[Bottom photo via, all others via]