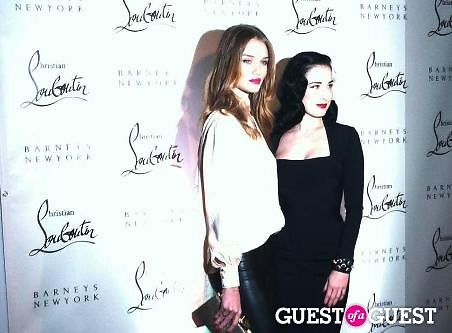 [Rosie Huntington-Whiteley, Dita Von Teese] Thursday evening, the all-familiar second floor of Barney's in Beverly Hills was transformed from designer women's retail haven into swanky cocktail party space. Rather than racks of the latest from The Row, Marni, and Chloe, guests found themselves amongst a sophisticated crowd of fashionable Angelenos, famous faces and handsome men carrying trays of champagne and hors d'oeuvres for the 20th anniversary of Christian Louboutin and launch celebration of his new book.

In honor of the occasion, the well-heeled guests made sure to don the revered shoe craftsman's signature red soles as they meandered through the room and chatted up Mr. Louboutin while flipping through his eponymous fashion tome. Despite its considerable heft (feels like 3-ish lbs.), attendees snatched up copies of the book and lined up to have theirs signed with personalized autographs by Louboutin. 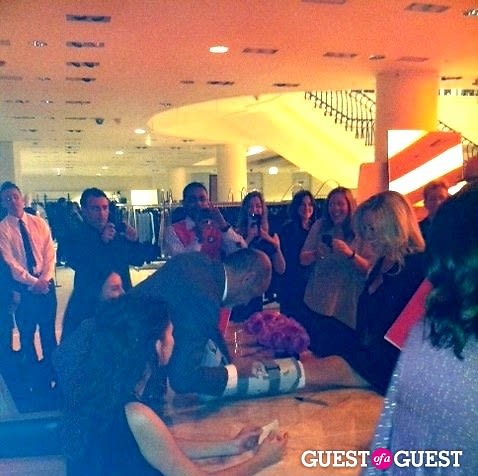 One guest even hopped up out of her wheelchair and laid her injured leg across the signing table to have the designer inscribe a message on her cast, making it the chicest brace in the history orthopedic boots. 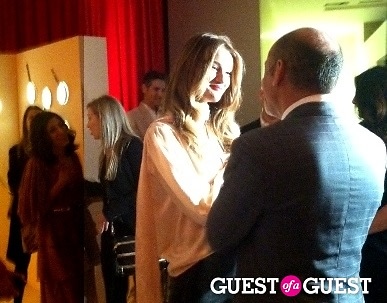 [Slideshow photos via The Window]